SST – the pros and cons THE introduction of sales and service tax (SST) in Malaysia has been talked about since the early 1980s, when a group of civil servants from the Treasury and the Royal Customs Department were sent to South Korea to study the VAT (value-added tax) system there.

Since then, similar studies have been conducted in Australia, New Zealand, Canada and Britain. Among others, this tax also goes by the name of goods and services tax (GST).

A credit is given to each taxable person in the supply chain, for the SST paid on his purchases against SST due on sales made by him. Thus SST is paid on the value added.

The advantages of SST are numerous. The first would, of course, be having in place a more efficient tax system, to replace the present sales tax and service tax, which have inherent weaknesses and hence revenue leakages.

For the SST system to function, proper documentation has to be kept. Importers will not have any incentive to under-declare the value of their imports because the credit they get would be less. In the case of smuggled goods, there would be no proof of payment of SST to claim any credit.

There are many more advantages of SST, which would not be appropriate to canvass within the scope of this article.

The detractors of the tax will claim that there would be an increase in the price of goods. Admittedly, yes. The mere fact that the incidence of tax on goods is moved from the manufacturer's level to the retail level, and therefore create two extra stages of tax collection (at wholesale and retail), would cause a slight increase.

Again the experience of other countries have shown that, with proper intervention from the Government, like reducing other forms of taxation, educating the traders and the public, any inflationary effect can be contained.

Be that as it may, to introduce SST successfully, the most important factor is the buy-in from the government and private sectors.

The need for the public to be educated is paramount and this would take time.

Taking into consideration the popular notion that the country does not need new taxes, and since the general election is around the corner, it is very unlikely that SST will be introduced in the near future.

However the tax planners of the country will have to seriously re-examine implementing SST, in view of the following factors: the implementation of the Asean Free Trade Area, the gradual reduction in tariffs (import duties), the inherent weakness in the present sales tax and service tax, and the fact the economy is improving.

When one has money to spend, paying taxes is not an issue; but if one has no money any form of payment becomes an issue! 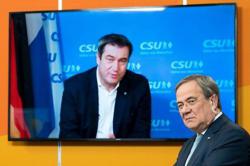