The SARS outbreak had dealt a blow to airlines worldwide, forcing carriers to ground aircraft and slash costs. Coupled with a global economic slowdown and the war in Iraq, the period marked the worst crisis the airline industry has had to face in its 80-year history.

“While it appears the worst is over, the outlook for the next quarter and the rest of the year is still uncertain,” SIA said in a statement.

“The success of marketing promotions to rebuild traffic would be at the expense of yields as sizeable fare discounts have to be offered, and business travel is still relatively weak given current global economic conditions,” it added.

SIA's Hong Kong-based rival Cathay Pacific Airways, which is slated to report first-half results on Aug 6, and Japan Airlines System, due to unveil quarterly earnings tomorrow, are expected to point to a recovery in passenger traffic as SARS recedes.

For the quarter ended June 30, SIA – the world’s second largest passenger airline by market value after US budget carrier Southwest Airlines – posted a better-than-expected net loss of S$312mil, compared with a net profit of S$478.4mil in the equivalent period a year ago. Revenue fell 34.9% to S$1.65bil in the latest quarter.

Four analysts polled by Reuters had an average net loss forecast of S$387mil for the June quarter with the highest estimate at S$468mil and the lowest at S$280mil.

The 56% state-owned airline lost S$6mil a day in April and May as the SARS outbreak hurt travel demand, forcing it to cut wages, slash capacity by a third, and to axe nearly 600 employees – the largest layoffs in its 56-year history.

At the peak of the SARS crisis, Cathay lost US$3mil a day and chopped almost 50% of its flights.

SIA shares have recovered some ground recently after hitting a 17-month low of S$8.25 during the SARS outbreak. The stock finished flat at S$10.90 yesterday ahead of the release of the results. – Reuters 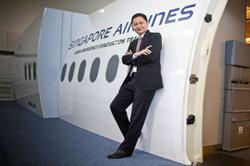 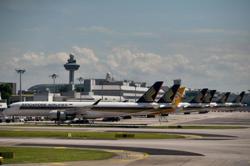