IT career started with training at HP Singapore 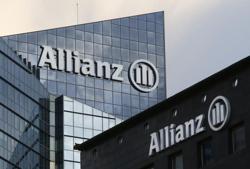 KONG Kim Yihe’s name does not ring a bell in the minds of many people in the insurance industry and that's the way he likes it.

“I am a quiet person who likes to focus on getting the job done,” said Kong, the executive vice-president and head of information technology, operations and strategic planning, told StarBiz.

Kong, in his thirties, said that his career in IT happened very much by accident.

“I studied electrical and electronic engineering in university and was only exposed to IT during my internship year when I spent six months in Hewlett Packard Singapore (HP) undergoing industrial training,” he said, adding that he was bitten by the IT bug then.

Upon graduation he was reaccepted into HP and has never looked back since.

“IT work requires a lot of focus and long hours but it all boils down to what you want to do, if you like such challenges, it's a breeze,” Kong said.

He added that he derived much satisfaction in obtaining real IT achievement, developing new applications and going into areas no one had gone before.

The biggest breakthrough for Kong in Great Eastern was its agent empowerment programme launched in July where agents were empowered with information to be efficient in doing business without physically coming into the office.

“With the programme we hope to decrease the number of walk-ins and call-ins from our agents by 50% by the end of the year,” he said.

Kong said that Great Eastern received about 2,000 walk-ins and call-ins per day.

A very task-oriented manager, Kong believes in pushing his staff to the extreme to produce results.

“Having been shaped by years of competitive academic environment, I believe everyone should try to excel in everything that they do,” he said.

A high achiever, Kong graduated with a B.Eng (Hons) in Electrical and Electronic En- gineering and a Masters in Business Administration from the National University of Singapore.

He was also a student of Victoria Institution and a recipient of Singapore's Asean scholarship for his A-levels.

Describing himself as a cordial and amiable person, he can also be very focused and tough, when the need arises.

His guiding philosophy in life is to be the very best in whatever he does, as a student to excel in studies, and as a professional to excel in his career.

“I expect to be still involved in IT and operations in the next five years. There are still a lot of new challenges to be addressed in the insurance industry, especially in view of the liberalisation of the financial industry soon,” he said.

On career in the IT industry, Kong said prospects were very good for people with sound technical and business skills as it was difficult to find those who could excel in both areas.

His words of advice to people going into the IT line.

“Be prepared to work long hours, be focused as the road will be very tough and challenging, but always remember that when you succeed the results will be there waiting,” said the father of three.

A keen sportsperson, Kong used to be very active in soccer and hockey.

“Now, I play soccer with my old friends from my schooling days and friends in the IT industry as a form of relaxation,” he said, adding that he also watched television and read to relax.

Prior to that, he was with the Phileo Allied Banking group as general manager of its group information technology. 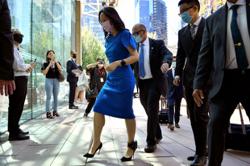