GRA said in a statement that EON won two coveted titles at the ceremony organised by the Institute of Public Relations Malaysia (IPRM) last month - the overall IPRM Crystal Award 2002 and Best PR Savvy CEO 2002 - which was given to EON managing director Datuk Adzmi Abdul Wahab.

EON also won the Best Consumer Relations award. GRA was also received an award for the winning submissions on EON's behalf and the public relations role it played for its client.

GRA chief executive officer Ghazalie Abdullah said: “When you have a client who recognises and appreciates the value of public relations, and drives for the best, you know the client will have a healthy report card in all of its business endeavours.”

Besides media relations, perception marketing and branding communications for EON, the consultancy is also responsible for developing the corporate content of EON's annual reports in the last few years.

“We are delighted to have been with EON since 1997, working and sharing our public relations expertise to promote EON's corporate, financial and market branding,” he said.

On the win, Adzmi said: “It's the culmination of our public relations passion for the last 19 years that saw EON investing more than RM300mil in communications, advertising and marketing activities.” 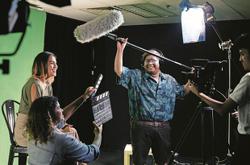