By DAVID TAN IN PENANG 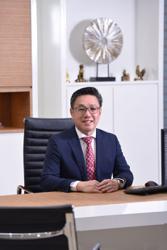 BY DAVID TAN IN PENANG

ENERLEDS Solutions Sdn Bhd, a Penang-based company involved in the research and development and marketing of high-grade light emitting diodes (LEDs), has recently secured contracts worth some RM2mil to install the LEDs system for the traffic lights at the Butterworth Outer Ring Road project and Pulau Singha Besar, in Penang.

Its chief executive officer Jeff Toh told StarBiz that the company, which started operations in January, was also negotiating to install the LEDs system for KLCC and the street lights of Sistem Lingkaran Lebuhraya Kajang.

“If we clinch these deals, they would generate about RM6mil for the company.

“We are also negotiating to supply the LEDs systems to South Korea and the US, for their traffic lights and street lamps respectively.

“In the Middle East, we are finalising a deal with the Iranian government to install the LEDs system for their traffic lights,” he said.

Toh said the LEDs system of Enerleds was protected under the intellectual property rights of the country.

“Our LEDs system, developed in Penang and manufactured by overseas contract manufacturers, has a life-span of about 100,000 hours or 10 years, compared with 1,000 hours for incandescent bulbs.

“The system uses up to 90% less energy, contains no mercury, and are solid state devices, with no moving parts, no glass, and filaments to break,” he said.

According to Toh, the company’s LEDs system is marketed under the Enerleds brand name.

“We have appointed two distributors in Malaysia and three in Singapore, and one each in the US, Hong Kong, Canada and India,” he said.

According to Toh, the company would soon receive a financial assistance package of about RM6.8mil from Malaysia Venture Capital Management (MAVCAP).

“The money would be used for research and development purposes and contract manufacturing,” he added.

“Presently our products are being showcased in a light exhibition in Italy.

“We are also participating in forthcoming Hong Kong International Lighting Fair 2003 scheduled in October,” he added.

Toh said that the company would also this year organise several workshops and seminars to promote the use of energy efficient LEDs lighting system in Malaysia and Singapore. 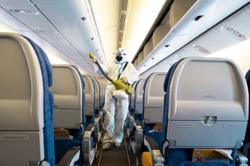