UAC details use of cash reserves

“We are always on the lookout (for new business). We will definitely stick to the building materials and construction industry,'' Li said after the company's AGM in Kuala Lumpur yesterday.

He said UAC would also use its cash hoard to constantly increase efficiency at its Ipoh plant by increasing capacity and upgrading machinery. The plant is currently running at an utilisation rate of about 80%.

Given the firm's generous dividend payment policy, Li said UAC did not plan to distribute the cash reserves to shareholders.

The building materials-based company has been paying 40% to 50% of its profit as dividend to reward shareholders in the last 10 years.

Commenting on UAC's performance, Li said there was a slowdown in construction activities due to tight cash-flow experienced by contractors as a result of last year's labour shortage that had delayed progress payment.

“The labour shortage has been resolved now. But it takes a while for the momentum to pick up in the industry,'' he said.

Fortunately, he said, domestic demand for the company's building materials did not decline although there were requests for a delay in delivery.

Meanwhile, Li noted that orders from export markets had slowed in the past two months.

Li said the next two months would be critical to gauge the impact of the Severe Acute Respiratory Syndrome outbreak on the company's exports.

Increasing competition in steel roof trusses also has squeezed UAC's profit margin. According to Li, there are more than 20 players in the steel roof truss sector compared with just two in 2001.

UAC has about 30% share of the steel roof truss market, which Li expects would grow further when more contactors use steel instead of timber roof trusses.

Despite the tough external environment, Li remains optimistic the company will maintain its financial performance this year because of the firm domestic demand.

Additionally, the impending government stimulus package raised hopes of another boost to infrastructure and construction activities in the country, said UAC non-executive director Datuk Lodin Wok Kamaruddin, who was present at the press conference.

planned to privatise UAC, its 40.5% associate, he said there was no such intention at the moment.

Lodin, who is also Boustead's managing director, said the group did not see the need to take UAC private given that it was a profitable company with a strong management team. Furthermore, UAC was rewarding shareholders with good dividends.

Boustead's move to privatise its 56.5%-owned plantation subsidiary Kuala Sidim Bhd last month at RM6 per share prompted many to speculate on the likelihood of the group doing the same with other subsidiaries and associate companies.

, which is listed on the KLSE main board. The Boustead group comprises over 70 subsidiary firms with substantial interests in various sectors. 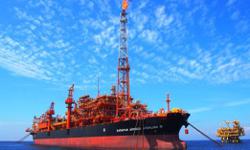