SOUTH Korea's incredible growth and integration into the modern world economy over the past 30 years is an inspiring story to the developing world.

Although the Asian financial crisis of 1997-99 exposed longstanding weaknesses in the republic's development model, the East Asian “economic tiger” has bounced back with an impressive 5.8% economic growth in 2002.

Last year, real GDP growth increased by 6.3%, which was due mainly to the sustained pace of the increase in private consumption and sharp rebound in exports as well as the upturn of equipment investment growth.

Manufacturing sector production rose by 6.3%, spurred by the acceleration of production of items such as household appliances, semi-conductors and telecommunications equipment.

South Korea has surely learnt from the lessons of its past, and South Korean Ambassador to Malaysia Rhee Young-min vividly remembers the times when his people were even poorer than the Ugandans.

Rhee, who had served two diplomatic stints in Uganda, said: “There was a time in the 70s when Uganda's per capita income was US$350, compared to our US$70. Uganda was richer than South Korea at that time.

“The situation has since reversed greatly. Last year, our per capita income reached US$10,000 while the Ugandans are earning less than US$400. I believe that effective leadership is the most vital criteria for any country. That is the main reason why we have managed to progress by leaps and bounds,” he told StarBiz in an interview.

Since being posted here in September 2000, the ambassador has been working tirelessly to improve both political and economic ties between his country and Malaysia.

He describes Malaysia as an important trading partner for South Korea, and proudly reveals the trade statistics.

Total trade volume in 2000 worked out to US$8bil, which dipped slightly in 2002 to US$7.3bil due to the Sept 11 terrorist attacks on the United States.

According to South Korean statistics, the republic's imports from Malaysia last year totalled US$4.04bil, with exports amounting to US$3.22bil.

“South Korea is presently Malaysia's sixth largest investor, and your ninth largest trading partner. Malaysia continues to be a key partner for South Korea within the South-East Asian region. I believe that this year, we can do more than US$8bil,” he said, but added: “Of course, this would depend very much on the situation in Iraq.”

Rhee, however, pointed out a peculiarity with Malaysia involving the trade balance. “Malaysian statistics show that the trade balance is in South Korea's favour, while ours indicate the reverse.”

He said South Korea's statistics last year showed that Malaysia profited by US$823mil in bilateral trade, while Malaysia's figures showed that the republic benefited by US$800mil.

“I believe that this discrepancy stems from differing ways in tabulating the trade volume. Malaysia does not recognise trade conducted via Singapore, but we include this.

“The officials from both sides should meet and agree on a way to overcome this problem,” he stressed.

“Manufactured products comprise 60% of our Malaysian imports,” he pointed out.

The ambassador is especially pleased with the sale of South Korean vehicles here, adding that Kia models such as the Carnival, Sportage, Spectra and the Hyundai Elantra and Sonata were selling well.

“We have a 4% share of the Malaysian car market, and sell between 15,000 and 20,000 cars yearly here. Kia and Hyundai also have their assembly plants here.

“South Korea's exports about 1.5 million vehicles every year, with Hyundai accounting for about half a million vehicles. The United States is our main market,” he added.

Rhee however spoke of a setback for South Korean construction business here. “The business cycle (for construction) is at the bottom. We have got no new tenders, because the property market here has not recovered.

“Housing and condominium projects are going to local firms. Korean firms are eyeing government tenders. We build not only roads and bridges, but power and petrochemical plants too,” he pointed out.

Rhee wants to see South Korean construction firms get back to the heyday of being awarded lucrative government projects.

“Malaysia is a very important country for us to maintain our share of the world market. We regard Malaysia as one of our main corporate partners. That is why our big names like Samsung Electronics and Hyundai have invested and are committed to their presence here.

“Samsung Electronics' total investments here are about US$1bil, and they export items worth over US$1.2bil from Malaysia every year. Theirs is a Korean success story in Malaysia. I certainly encourage more Korean industries to be involved in Malaysia,” he concluded. 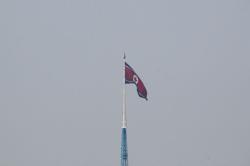 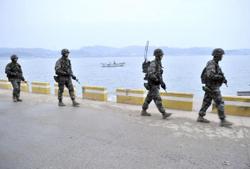 North Korea warns S. Korea against intrusion into its territory