UNILEVER (M) Holdings Sdn Bhd is setting its sights on a unique outdoor advertising project for its Fair & Lovely brand, one that is expected to secure a place in the Malaysian Book of Records.

The project will culminate in a huge Fair & Lovely ad in Petaling Jaya that will cover almost the entire side of a building as well as utilise a new format for the first time in Malaysia.

Unilever's ad agency Lowe & Partners will mount the giant ad on the side of the SPPS Building along Jalan Templer in Petaling Jaya, just off the Federal Highway. The ad, measuring 55 feet across with a height of 60 feet, is expected to be visible towards the end of May.

The building graphic will be fabricated out of 3M technology that uses a laminate film process to create the graphics that are then affixed to the glass panels of high-rise buildings through a glazing process and thus can make the entire ad out of a collage, if necessary.

Because the 3M protective lustre film is opaque, it does not prevent light entering the building, nor does it completely block the vision of those on the inside looking out.

To create the giant ad, Unilever is looking for 100,000 images of pairs of eyes that will go to form the graphic on the building and it will use this giant collage to go for a record in the Malaysian Book of Records for the largest collage formed out of eye images.

“Unilever has budgeted RM1.25 million for the campaign and we have six teams all over Malaysia collecting the eye images from Malaysians, a process that began in mid-February and will end in April,” Unilever's brand manager for Fair & Lovely Yvette Yoong told BizWeek in an interview.

Yoong says Unilever decided to go with this unique form of advertising not only because it's something different but also because it will stand out and hence reflect positively on the brand.

The campaign is part of the upcoming launch of Fair & Lovely's new under-eye cream, the Under Eye Dark Circle Crème, for lines under the eyes and which complements the brand's skincare products, she says, adding other activities planned which include roadshows and a pledge where each tube of the new cream sold during the campaign means RM1 for the Yayasan Tun Hussein Onn Eye Foundation.

The campaign will also involve television commercials, panel ads on the back of buses, plus radio station Hitz.FM's street teams whose Ford cruisers will sport a shade of pink similar to that found on the packaging of the new cream to be launched in the final week of this month.

Yoong is optimistic about the campaign as the Fair & Lovely products produce good retail sales and have a proven customer base as seen in the constant flow of letters received from users who not only seek related information but also testify to the efficacy of the range.

“In the mass market category, into which the Fair & Lovely range falls, the whitening cream is the largest selling in terms of volume,” Yoong says, adding that research house ACNielsen's retail audit states that consumers often write in about a product because they're pleased with it.

With the search still on for the 100,000 images of eyes for the collage, those interested in sending in photos of their eyes to help secure the record can send in an e-mail to 100keyes@spannerworks.com.my while info on the contest for the most beautiful eyes can be found at www.spannerworks.com.my/promo/fal.htm 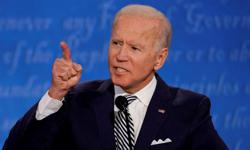 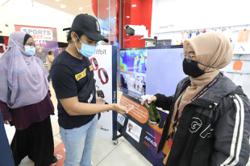