Confusion reigns at KSU meeting to remove board 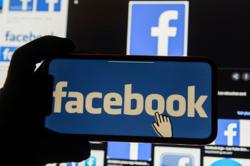 CONFUSION reigned yesterday at the KSU Holdings Bhd EGM called to deliberate on 16 resolutions calling for the removal of all existing directors and the appointment of six new ones.

The EGM had been requisitioned by Low Kah Khuen, Chia Tack Kee, Oye Kheng Hoon, Sweet Asprey Sdn Bhd and Cabaran Ehsan Sdn Bhd – which have a combined stake of 10.08% in KSU – via a circular to shareholders dated Feb 7.

KSU chairman Datuk Yap Ping Kon later told reporters that he had called the meeting to order at the hotel lobby and then adjourned it to a conference room on the fourth floor.

“The requisitionists had earlier this morning tried to postpone the EGM by posting notices outside the meeting venue,” he said. “They had also refused to allow shareholders to enter the meeting room.''

“The requisitionists were aware that the shares they are holding now are under court injunction, which prevents them from voting on the resolutions,'' he said.

KSU had on March 5 told the KLSE that the company was granted an injunction against the vendors of Earnest Equity Development Bhd and Kembangan Alam Bhd, barring them from voting at the EGM.

At the meeting on the fourth floor, which lasted about two hours, none of the resolutions proposed by the requisitionists to appoint new board members were carried.

With their removal KSU now has seven directors on the board.

KSU assumed the listed status of May Plastics Industries Bhd on the KLSE second board on May 10 last year following a rescue and restructuring scheme, and its core business is now property.

The company landed in debt, resulting in trading in its shares being suspended since early December.

On Feb 28 this year, KSU said it had defaulted on repayments of loans totalling RM106.3mil, and on interest due totalling RM20.5mil.