THE Ministry of International Trade and Industry (Miti) is inviting local businessmen to participate in its seven trade and investment missions planned for this year, to explore business and investment opportunities in 16 countries.

The mission, to be led by Datuk Rafidah Aziz, would start in Thailand (Bangkok), Indonesia (Jakarta) and the Philippines (Manila) from Feb 23 to March 1, then move to Japan (Fukuoka, Kobe and Nagoya) from March 10-18.

This would be followed by visits to Cuba (Havana) and the US (Raleigh, Minneapolis and Seattle) from April 7-17.

The trade mission would then explore business opportunities in Bahrain (Manama), United Arab Emirates (Dubai), Lebanon (Beirut) and Saudi Arabia (Jeddah) from April 27 to May 7 before going to China (Guangzhou, Chengdu, Beijing and Shanghai) from May 18-30.

It would also cover Europe particularly Germany, Britain and Spain from June 9-17. The last leg of the trip would be Taiwan (Taipei) and Korea (Seoul and Busan) from Aug 4-12.

Miti said the main objectives of the mission are to attract more investment in targeted, high value added sectors such as information, communication and information technology, advanced manufacturing as well as in research and development.

It also aims to promote Malaysia as a manufacturing and distribution centre, transshipment, overseas head quarters and as an international procurement centre in regional and global markets.

Other objectives include promoting export services such as construction, consultation, health, education and tourism and strengthening and expanding Malaysia's exports in major, potential and new markets.

Miti would also take advantage of the mission as a forum to update the business communities in the countries visited on Malaysia's economic situation. 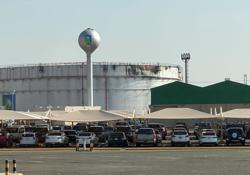