By ZAZALI MUSA In Johor Baru 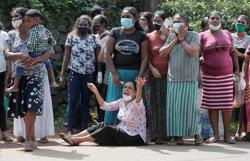 BY ZAZALI MUSA in Johor Baru

Its executive chairman and chief executive officer Lawrence Liew said with the opening of the franchised outlet in Sri Lanka, the company would be the first Malaysia-based fast food operator to set foot there.

He said the outlet would come under its Sri Lanka master franchisee Mohamed Brothers Pte Ltd, a Colombo-based company involved in trading foodstuff and the restaurant business.

“We are always seeking opportunities to expand our business operations outside Malaysia since our first overseas venture to China in 1992,” he said in an interview with StarBiz recently.

Liew said presently Marrybrown had 31 international franchised outlets: 20 in China, five in India, three in the United Arab Emirates, two in Brunei and one in Singapore.

He added that the company planned to open more outlets in China especially after Beijing was selected to host the 2008 Summer Olympics and in view of a change in consumer trend where more Chinese were opting for fast food.

“We are talking with parties in Cambodia, Thailand, Pakistan and Vietnam who wanted to sign up as master franchisees and target to have outlets in these countries in two years time,” said Liew.

He said the first outlet would be opened along the most fashionable street of Colombo facing the Indian Ocean with 3,000 sq ft floor area that sits 150 patrons at one time.

“The company has chosen a Malaysian company instead of a US-based fast food operator as it wanted to show that Asians could work closely in business,” said Ashraff.

The outlet would be the first halal fast food outlet in Sri Lanka, he said, adding that it would be a welcome sight for 1.8 million Muslims there as the existing five US-based fast food outlets were non-halal.