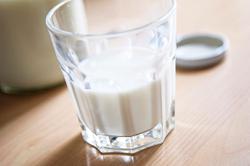 has rewarded shareholders with generous dividends for their interest in this highly diversified milk group over the last 13 years.

Consumer analysts described Dutch Lady as a perennial favourite among institutional fund managers due to its consistent declaration of good annual dividends.

Dutch Lady is one of the biggest supporters of the country's dairy industry and is believed to take the biggest quota of the fresh milk supplied by the Veterinary Department.

In the long life milk category, analysts said Dutch Lady had a dominant 50% market share in the country.

An investor who had bought one lot of Dutch Lady shares at RM5.90 apiece in early 1990 would have seen his shares growing into four lots worth RM17,760 at end-December last year; the company declared a three-for-one bonus issue in April last year.

The investor also would have received dividends payouts totalling RM3,910 over the 13-year period, giving a cumulative net gain of RM15,770 as of the end of December last year.

A part of the Netherlands-based Friesland-Coberco, one of the world's largest dairy co-operatives, Dutch Lady has had a strong presence in the region since the 1950s.

Malaysia's was the first production unit to open outside Europe. Market conditions led the group to start manufacturing sweetened condensed milk, under the Dutch Baby brand in 1965. It had been imported since 1954.

Three years later, the company, then known as Pacific Milk Industries Bhd, became the first milk firm to list on the KLSE in November 1968. This was followed by rapid product diversification in the 1970s.

In 1983, the Dutch Baby brand was renamed Dutch Lady to better reflect the consumer profile of the company's expanding range of products as well as for product positioning. In the same year, sterilised milk was also locally made.

In 2000, the company disposed of its 29% investment in associate companies, Susu Lembu Asli Sdn Bhd and Susu Lembu Asli Marketing Sdn Bhd, for an aggregate consideration of RM1mil, which translated to a gain of RM997,000 for the company.

The sale was made to enable the company to establish its own distribution network for its chilled products. In the same year, the firm again underwent a much publicised name change to the current Dutch Lady Milk Industries.

The name change was to “accurately” reflect the portfolio of the products, primarily based on the Dutch Lady brand image. The corporate tagline, “Goodness for Life'', was also launched to fully express the group's commitment to provide nutritious, innovative and higher quality products.

A consumer analyst with a local stockbroking house said that despite being in an unexciting industry, Dutch Lady's prospects in Malaysia would remain good because of the increasing sophistication of Malaysian consumers. 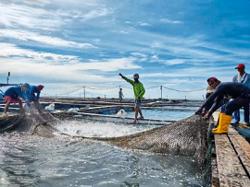 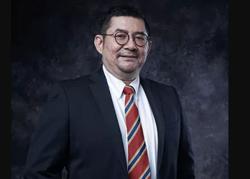