WASHINGTON: A cloud of uncertainty from the prospect of a US war with Iraq is casting a dark shadow on the world’s richest economy, which entered the new year with a worrying lack of momentum.

“I think the prospect of a war in the Middle East is exerting a very big drag on things,” said Doug Lee, who heads the consulting firm Economics from Washington.

Lee and other economists say questions over how a war might unfold and the impact it could have on the US economy - either through higher oil prices or lower consumer confidence, or both – was hurting growth.

Throw in the loss of around US$7 tril in stock market wealth, mix it with shrinking payrolls, and economists say you have a dismal brew that raises the chances that an already sluggish economy could slow further.

Economic growth braked sharply as it moved from the 3rd quarter of last year into the 4th and it appears to have lost more impetus in the waning weeks of the year.

US employers laid off 101,000 workers from their payrolls in December and industrial production fell as well. Incentives from carmakers gave a boost to retail sales last month, but without autos, the key holiday shopping season was grim.

Consumers’ moods have also darkened. A survey report last Friday from the University of Michigan showed consumer sentiment soured in early January as concerns over the future mounted.

“The economy remains very erratic. It does not appear able at this point to shake off its recent funk,” said Lynn Reaser, chief economist at Banc of America Capital Management in St Louis.

Still, many analysts argue that with a quick end to the US-Iraq showdown and little American blood shed, the economy will pick up steam in the 2nd half of the year.

“Overall, the economy does not appear to be at risk of falling into recession,” Reaser said. “If we were to resolve the Iraqi situation overnight ... the markets and the economy probably would rebound quite significantly.”

For now businesses remain reluctant to commit to new hiring or new spending on facilities or equipment. A collapse in business investment led the US economy into recession in early 2001 and analysts say a rebound there is key for a solid, sustained recovery.

In a survey of 102 businesses by the National Association for Business Economics, the possibility of a longer-than-expected war was cited as the main risk to the firms’ bottom lines.

“I think a lot of firms are looking at the current situation and saying, ‘Why don’t we wait until we either have or don’t have a war here and then we’ll start thinking about expanding’,” said Ethan Harris, co-chief economist at Lehman Brothers in New York. – Reuters 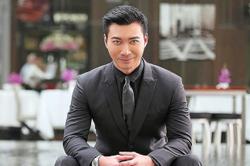