WORLD-RENOWNED Chinese actress Gong Li is not just a pretty face. Behind that porcelain beauty and lovely smile is a woman with sharp business acumen.

This is reflected in her success as a spokesperson or “ambassador” of various companies to endorse their products. She was the ambassador for famed watch and jeweller Chopard and cosmetics giant L'Oreal. Her very latest role is as the spokesperson of Singapore-based global healthy lifestyle product company OSIM International.

Gong Li takes her role as a spokesperson very seriously.

“Before endorsing a product, I normally like to have a personal experience in using it first. The crucial factor is to know the product,” she said, adding that the reputation and quality of the products she endorsed were very important criteria in helping her decide whether to endorse them or not.

Describing how she became the new celebrity face of OSIM, Gong Li said she had unknowingly bought and used OSIM's foot massager before and liked it very much. When she was offered the opportunity to work with the company, she jumped at the chance.

“This is my first time endorsing health products and it has been an interesting experience so far. What attracted me to the products was the concept of healthy living that they promoted,” she explained.

Despite all that, Gong Li maintained that show business had always been in her blood. Since she was young, she had always enjoyed dancing, singing and performing in school. After dabbling in acting, she found that it “suited her interest” and her talent made her one of the most recognisable faces in the world.

“I wouldn't know what I could do besides acting. I have dreamt of becoming a kindergarten music teacher or teach music in high school since I like music. If I hadn't become an actress, I would have probably become a music teacher,” she said candidly.

According to Gong Li, to succeed a person has to seize every opportunity that comes by and treat it seriously.

“I had been lucky in a sense that I had many opportunities and people who supported me like my parents, siblings, university lecturers and directors like Zhang Yimou, Chen Kaige and Sun Zhou who helped me nurture my acting career,” she said.

She said that attitude was also very important as one had got to be really serious and responsible about the profession.

“When it comes to my personal life, I am very spontaneous and anything goes but when it comes to my work I follow three basic elements : one has got to have principle, a good reputation and be serious about one's career,” she said.

On how she selects her script or the roles she plays, Gong Li said she did not like to repeat things that she had done before as it was a waste of time. Hence, she concentrates on three things when selecting her roles.

“My first impression of the script is important. After reading it, I need to have the urge to play the role. Secondly, I need to have a good director as how the director tells the story is critical and thirdly the script has to be meaningful to society,” she said.

She made her acting debut in the international award-winning Red Sorghum in 1987 before going on to star in more than 20 films, including Raise the Red Lantern and Breaking the Silence.

With so many films to her credit, Gong Li feels it is a problem finding challenging roles these days. At this stage, she understands why some actors/actresses have the urge to go into directing after a while.

She said that by becoming a director one would have more control over the film.

Her advice to those who want to follow in her footsteps: “Have professional training first. After a few years of training in acting, one would be more seasoned and experienced in life. The literacy in terms of acting would be higher and this would be reflected in one's acting,” she said, adding that otherwise the person's acting could be very shallow.

Gong Li was born in 1965 in Shenyang, China, and studied music and drama at the Central Drama Academy of Beijing. Described as down to earth and easy to work with by OSIM chairman and CEO Ron Sim, the actress believes in using her fame for a good cause.

She has lent her name to various campaigns for children and environmental protection. In 2000 she was named Unesco artist for peace and ambassador of the United Nations Food and Agriculture Organisation. 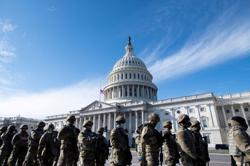