When management meets a hot trend

What is the secret in building a business, which grossed US$1.5 billion in 2001, and has products sold in over 90 countries, turning many distributors into millionaires? Forever Living Products International Inc founder-chairman, president and chief executive officer Rex Maughan tells BizWeek in an exclusive interview in Phoenix, Arizona, that all you need is a good business plan from the word go.

INTERNATIONAL multi-level marketing king Rex Maughan has all the classic physiognomic features of a tycoon. Big, fleshy palms which some say reflect an ability to multiply wealth and elongated earlobes that denote a long and prosperous life. And they are not just skin deep.

His big hands can withstand six hours of handshakes when over 2,000 of his top distributors from around the world gathered for their annual super-rally in San Francisco recently. Maughan listens to what his country managers and trusted lieutenants tell him before making difficult decisions and despite his wealth and formidable business network still travels relentlessly and extensively.

Forever Maughan founded Living Products (FLP) in 1978 and the company has since grown to become one of the world’s largest manufacturers and distributors of aloe vera.

FLP is Arizona’s largest privately held company. It raked in sales of US$1.489 billion in 2001 and has a wide network of distributors in 94 countries. Over the past decade, the company has nearly doubled its sales every three years.

Forever Resorts, set up in 1981, is the real estate arm of Maughan’s corporate structure. He owns resorts and marinas stretching from Alaska to South Africa.

Says Maughan: “When I started off, I concentrated on having enough good products and high quality in manufacturing. I did not concentrate on being the biggest; I just wanted to be the best. The business continued to expand with our quality products ... eventually we had every country buying our products.

“I’m very happy that every single person who has used our products regularly, has reported better health. Furthermore, our goal is to provide the opportunity for a better lifestyle. Every day, I see people with improving lifestyle.

“Sure, I could do more, I’ve only started, as I intend to get more people involved.

“There are lots of challenges in building up FLP, one of the most difficult is to get good people to help you. Also, most business people’s problems lie in their finances. Fortunately, I bought a lot of real estate which can act as collateral for loans. But for the last 10 years, my business philosophy is that if I can’t pay cash, I don’t buy it. Many big companies today are over-financed and they are going broke.”

But things have not always gone the way he had planned. Given a second chance, Maughan would have done certain things differently.

“Japan has been our No 1 country for the last 12 years. But in the last few months, Germany has grown tremendously. The Philippines was No 2 last year and No 3 this year. Malaysia is among the top 10 countries.

“Back then, people didn’t know what aloe vera was. We have done a good job educating people on the qualities of the products,” says Maughan.

In every country, the best-selling product has always been aloe vera juice that comes in its natural sugar-free flavour as well as sweetened peach flavour. But the general preference for the other products differs from country to country.

In Malaysia, the next best selling FLP product is the Artic Sea fish oil and in Japan, it is the bee propolis.

At FLP’s recent annual super-rally at the prestigious Davies Symphony Hall in San Francisco, many top distributors were Asians, or of Asian origin. Maughan explains why. “Asians have a natural liking for herbal products, they grow up with them. And with aloe vera, it works well and Asian consumers won’t hesitate to try it.”

Undoubtedly, FLP’s biggest success is due to its marketing plan that offers distributors an above-market average commission of up to 43 per cent on the retail price. FLP is said to have created several millionaires in the Philippines alone, including a former jeepney driver who’s now a celebrity!

As for Maughan’s personal life, he clearly doesn’t get to spend much time on his 10-acre property at the exclusive Camelback Hill in Phoenix, Arizona. He has three children who are involved in the business, one way or another.

When asked whether he feels that the idea of having his family members and closed friends such as vice-chairman and chief financial officer Rjay Lloyd being closely involved in the business was an old-fashioned idea compared to the modern corporate structure, Maughan dismisses the notion of nepotism.

“I feel that I know my family members better than anyone else. I know how hard they work and they have the same common interest in helping others.

Maughan declines to reveal his age though. “I never tell people how old I am.” When asked how long he has been married, quick as a flash, he wags his finger and says he’s not telling either. “Let’s just say I was married before college and I’ve been married to only one woman,” he replies.

As for leisure pursuits, Maughan says he finds it relaxing to help others. In fact, his company funds the Arizona Burns & Trauma Centre in Phoenix, Arizona, which helps victims of fire to heal physically and emotionally.

Says Maughan: “I don’t have words like ‘retirement’ in my vocabulary. I enjoy hearing others tell me that they are enjoying better health because of the products and the business. My goal is to open more offices in new countries. I don’t mind being on my feet for six hours during the rally. And if my lips get sore from kissing ladies on the cheeks, I can always use our aloe vera lip balm.” 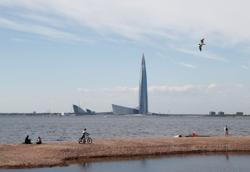