According to group managing director Chris Chuah(pic), the Covid-19 outbreak will not hinder the construction of the JV poultry project in the republic.

GEORGE TOWN: Despite the outbreak of the Covid-19 coronavirus, CAB Cakaran Corp Bhd

According to group managing director Chris Chuah, the Covid-19 outbreak will not hinder the construction of the JV poultry project in the republic.

He said the Indonesian health authorities have done a good job in containing the spread of the disease. To date, there are over 30 Covid-19 cases in Indonesia.

Chuah told StarBiz that “the investment for first phase of the project is RM50mil to RM60mil.

“It is scheduled for completion between nine and 12 months.”

He noted that the earthworks for the project has started in five different locations and the piling works will start soon.

“It is over 80 acres, located at five locations in Java. There will be three phases involving the implementation of 11 projects.

“We will develop a layer farm, feed mill plant, parent farm, and food processing plant for the initial phase.

“The three phases, to be constructed gradually, will take about five years to complete, ” said Chuah.

He also noted that the total investment cost for the entire project is still being worked out.

“We will try as much as possible to minimise on the cost of investment, ” he added.

The group is also working out on the potential contribution to the group’s revenue and profit, once the project is ready, said Chuah.

CAB currently holds a 10% stake in the joint-venture business and has the option to raise the stake further to 30% over the next five years.

“Based on a 30% stake, we can expect the contribution to the group’s revenue to be 30% to 40% after the project is fully completed, ” he said.

On the impact of Covid-19 on the group’s business in Malaysia, Chuah said the sales of broiler meat to hotels have dropped between 30% and 40% in February.

“Because of the virus outbreak, the tourism sector has been hit, and so the orders from hotels have also declined, ” he said.

On the 2020 financial year first-quarter losses, Chuah said this was due to the drop in live bird prices, which plunged to slightly more than RM3 per kg per live bird.

For the first quarter ended Dec 31,2019, the group registered RM7.8mil net loss on the back of RM448mil turnover compared with RM7.85mil net profit and RM454.4mil revenue achieved in the previous year’s corresponding period.

“The poultry consumption in South-East Asia is on the rise.

“In Vietnam, India, Indonesia and the Philippines, the number of poultry units being eaten has outperformed global growth in the last five years.

“It is expected to continue to climb until 2022.

“Figures reveal that poultry production in South-East Asia expanded by 56% in the last decade, growing from 5.9 million tonnes to 9.2 million tonnes in 2018. 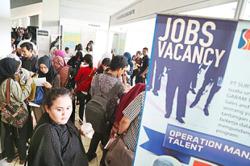 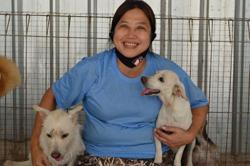 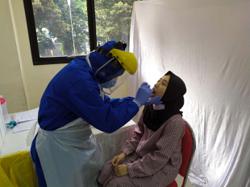