Malaysia's inflation rate to rise by 1.5% and 2% next year, World Bank says 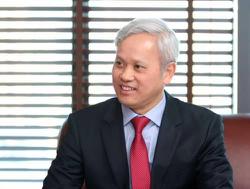 "Additionally, the reintroduction of the float pricing mechanism for RON95 petrol and diesel in January in 2020 is expected to result in modest increases in transportation costs at the prevailing global oil prices, ” the World Bank report said.

KUALA LUMPUR: Malaysia’s headline inflation is expected to increase modestly in 2020, with consumer price inflation to average higher in the range of 1.5%-2% cent next year as compared with 0.7% projected for 2019, said the World Bank Group.

In its 21st edition of the Malaysia Economic Monitor "Making Ends Meet" report launched on Monday, it said the higher projection was mainly reflecting the lapse in the effects of consumption tax policy changes in 2018.

"Additionally, the reintroduction of the float pricing mechanism for RON95 petrol and diesel in January in 2020 is expected to result in modest increases in transportation costs at the prevailing global oil prices, ” it said.

Meanwhile, the report said that various downside risks in the global economy could have spillover effects on Malaysia's economy, such as further escalation of the current trade tensions between the US and China could further contribute to growing uncertainty and dampen investment activity.

"Moreover, deepening on the slowdown in the major economies as well as sharper-than-expected deceleration in China could lead to deterioration in export and growth prospects. Further, an unexpected drop in commodity prices could affect growth and lead to further fiscal pressures on Malaysia, ” it said.

On the domestic economic front, the World Bank said risks to growth would primarily emanate from factors related to prolonged uncertainty among investors and delayed recovery in commodity-related sectors.

"Investment growth has been subdued over the recent quarters, weighed down by lower capital spending. Indicators of business sentiment suggest the level of confidence in the economy remains low.

"Given the more uncertain economic environment, preserving fiscal space is important to mitigate the impact of any negative shock on the economy.

"General government revenue in proportion to gross domestic product (GDP) is expected to decline further to 17.9 per cent in 2020, which is well below its regional and aspirational comparators, and Malaysia significantly under-collects in key revenue areas including personal income and consumption taxes, ” it said.

Moreover, the World Bank said increased locked-in expenditures such as the wage bill and debt servicing costs have put a limit on development and social spending, capping the effectiveness of the fiscal policy as a redistributive tool for shared prosperity. - Bernama 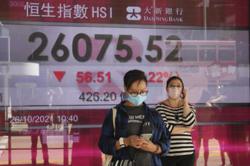 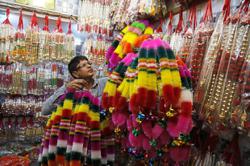