(PGB), the gas business arm of the national oil company, is optimistic that the first delivery of gas under the Third Party Access (TPA) will attract more interest in the new gas importation mechanism.

Its managing director, Kamal Bahrin Ahmad said the first cargo under the TPA mechanism arrived yesterday at the Regasification Terminal in Sungai Udang under an agreement between Tenaga Nasional Bhd

The maiden third party LNG cargo will allow PGB to assess the effectiveness of the entire TPA arrangement, both commercially and operationally.

"By having the third party bringing in their cargo, it will motivate the rest to come in as well, ” he told Bernama.

Kamal Bahrin said this will not only create a more competitive environment and cheaper gas price but also provide security of gas supply to the nation.

"The party cargo’s intent is to increase the security of supply of gas to the nation and hopefully, we can attract more investors to set up their facilities that require more gas here, ” he said.

He said Petronas Gas, as the infrastructure owner, is also ready to accept more deliveries of gas under the TPA.

"We've been operating the facility, be it the existing pipeline that we've been operating for the last 20 years or the new facility, and we’ve been able to maintain the reliability. And I think that's a more important value proposition we are giving to the third party shipper, ” he said.

He said the company allocated about RM300 million capital expenditure (Capex) annually to maintain the operability and reliability of its infrastructure.

"This is excluding statutory maintenance every three to six years, which could add about RM1 billion to RM1.1 billion to our capex, ” he said.

Nevertheless, he said the company is also ready to expand its pipeline based on the requirement of its customers.

"Depending on the consumers, whenever they need a dedicated pipeline we are here to lay the additional pipeline. It is part of the requirement of the TPA, ” he said.

TNB, in a statement last week, announced that it will received the first delivery of gas from Shell Malaysia Trading Sdn Bhd to test the TPA arrangement via the regasification terminal in Sungai Udang, Melaka and Peninsular Gas Utilisation (PGU) gas pipeline network owned by Petronas Gas.

The delivery of 3.5 trillion British thermal units (TBtus) of gas, which will be used by TNB’s Tuanku Jaafar Power Station in Port Dickson and TNB Connaught Bridge Power Station in Klang, is expected to be fully consumed within 14 days. 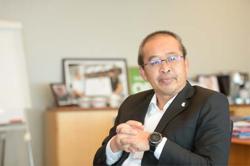