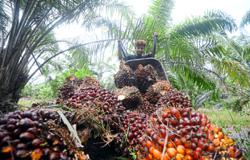 Activists take part in a protest after the House of Representatives approved a new criminal code that will ban sex outside marriage, cohabitation between unmarried couples, insulting the president, and expressing views counter to the national ideology, outside the House buildings in Jakarta, Indonesia, on /Dec 6, 2022. - Reuters

JAKARTA (The Jakarta Post/Asia News Network): The newly passed Criminal Code (KUHP) has faced a groundswell of criticism at home and abroad, with the United States and Australia warning that some clauses could frighten off investors and tourists and the United Nations condemning elements of the law as “incompatible with fundamental freedoms and human rights”.

The update to the country’s colonial-era penal code has been mired in controversy over its reintroduction of a once repealed lèse-majesté clause and inclusion of other provisions that restrict civil discourse and individual liberties.

Since lawmakers passed the revisions on Tuesday, international criticism has steadily grown, highlighting potential risks to the nation’s ambitious target of attracting Rp 1.4 quadrillion (US$89.6 billion) in foreign investment next year.

The US, Indonesia's fourth-largest foreign investor, warned that the new legislation could make investors think twice about taking part in Indonesian ventures.

US Ambassador Sung Yong Kim said Jakarta should be prepared for a possible fresh wave of doubt from American investors, which could have consequences for climate-related investment.

He noted that the new prohibitions on cohabitation and sexual relations outside of marriage could “complicate deliberations” for US companies considering doing business in the country.

“We are still assessing the provisions of the law,” Kim said on Wednesday, noting that foreign businesses considering investment would want to ensure that Indonesia’s laws were clear and that important freedoms and values were protected.

Kim noted that the legislation would not necessarily alter bilateral cooperation between the US and Indonesian governments, particularly as the new law’s implementing regulations had yet to be drafted. US-Indonesia economic collaboration would continue, he said.

“Our concern about the Criminal Code has not changed my thinking on that,” he said.

Concern has also grown that the articles criminalizing cohabitation and sex outside of marriage could deter foreign tourists from visiting the country.

Maulana Yusran, secretary-general of the Indonesian Hotel and Restaurant Association (PHRI), told Reuters on Wednesday that the new rules were "totally counterproductive".

Some unmarried Australian guests have cancelled their visits to Bali in response to the law’s passage, I Gusti Ngurah Rai Suryawijaya, chairman of the Bali office of the PHRI told The Jakarta Post.

Nonetheless, he insisted that all of Bali’s hotels were safe for unmarried tourists, as guests' data would be kept confidential.

"We won't ask, ‘Are you married?’ or ‘Please show me your marriage certificate.’ No. It's very personal," he said.

As Indonesia – Bali in particular – is a major holiday destination for Australians, Canberra said on Wednesday it was seeking more information about the law’s cohabitation and sexual intercourse provisions.

"We understand these revisions will not come into force for three years, and we await further information on how the revisions will be interpreted as implementing regulations are drafted and finalised," a foreign affairs spokeswoman said in a statement, AFP reported.

Officials would "regularly and carefully reassess the risks to Australians overseas" and would "continue to monitor the situation closely", she added.

The UN representative office in Indonesia said some articles of the new penal code "contravene Indonesia’s international legal obligations with respect to human rights", noting that the code had the potential to criminalize legitimate journalism, incite discrimination against minorities and violate the right to privacy.

Meanwhile, the Asean Parliamentarians for Human Rights (APHR) denounced parts of the code for “curtailing freedoms”, stressing the negative consequences for democratic, religious and sexual autonomy and citing the law as “a dismaying step backward” for Indonesia.

The government, however, has insisted that critics are overstating the dangers.

It has claimed that the provisions on fornication and cohabitation will protect people from arbitrary raids, as criminal proceedings may only begin if a parent, child or spouse of an individual allegedly engaging in such activities files a formal complaint with a law enforcement agency.

"So there's really nothing to worry about. If all this time tourists and investors have been comfortable in Indonesia, then this situation will not change that either," said Communications and Information Ministry information and public communications director general Usman Kansong on Thursday.

Law and Human Rights Minister Yasonna Laoly has said the government has no intention to curb civil liberties or silence critics with the new code.

Meanwhile, on Thursday, a fire broke out at the Law and Human Rights Ministry’s office in South Jakarta. The local fire department suspected the blaze had been caused by an electrical short and planned to carry out an investigation, kompas.com reported. The ministry played a leading role in creating the new Criminal Code. 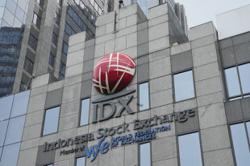