Beach Road murder: Suspect to be remanded for psychiatric observation 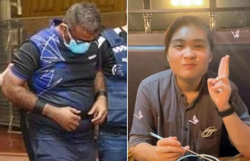 SINGAPORE (The Straits Times/Asia News Network): A renovation firm director who fled Singapore after allegedly murdering his business partner will be remanded at Changi Medical Centre for psychiatric observation.

Caleb Joshua Chai Shanmugam, 50, is accused of killing Ang Qi Ying, 27, in a ground-floor unit at Block 2 Beach Road at around 7pm on Nov 9.

Ang was reported missing on Nov 9, prompting pleas from her friends and family for information on her whereabouts.

Her body was found in the unit on Nov 13, four days after the alleged murder.

On Friday, the police prosecutor said Chai was no longer needed to help with police investigations.

During the court mention, District Judge Eugene Teo granted a request from Chai to speak to his wife. The prosecution did not object to this.

Ang’s last message was to her mother on Nov 9, saying she would not be returning home.

Chai, after allegedly killing Ms Ang, left for Malaysia on Nov 10. With help from the Royal Malaysia Police, Chai was caught in Johor Baru on Nov 16 and handed over to the Singapore police.

Chai is represented by lawyers Suang Wijaya and Sophia Ng from the Eugene Thuraisingam law firm. He is expected to return to court on Dec 30. 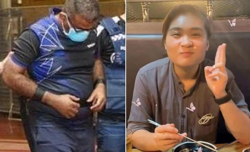