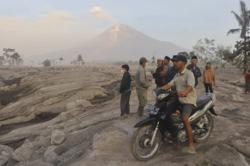 Sea of ash: Villagers moving their livestock in an ash covered village following the eruption while people (below) living near the volcano take shelter at Candipuro village in East Java. — Reuters

IMPROVED weather conditions allowed rescuers to resume evacuation efforts and a search for possible victims after the highest volcano on Indonesia’s most densely populated island erupted, triggered by monsoon rains.

Mount Semeru in Lumajang district in East Java province spewed thick columns of ash more than 1,500m into the sky on Sunday. 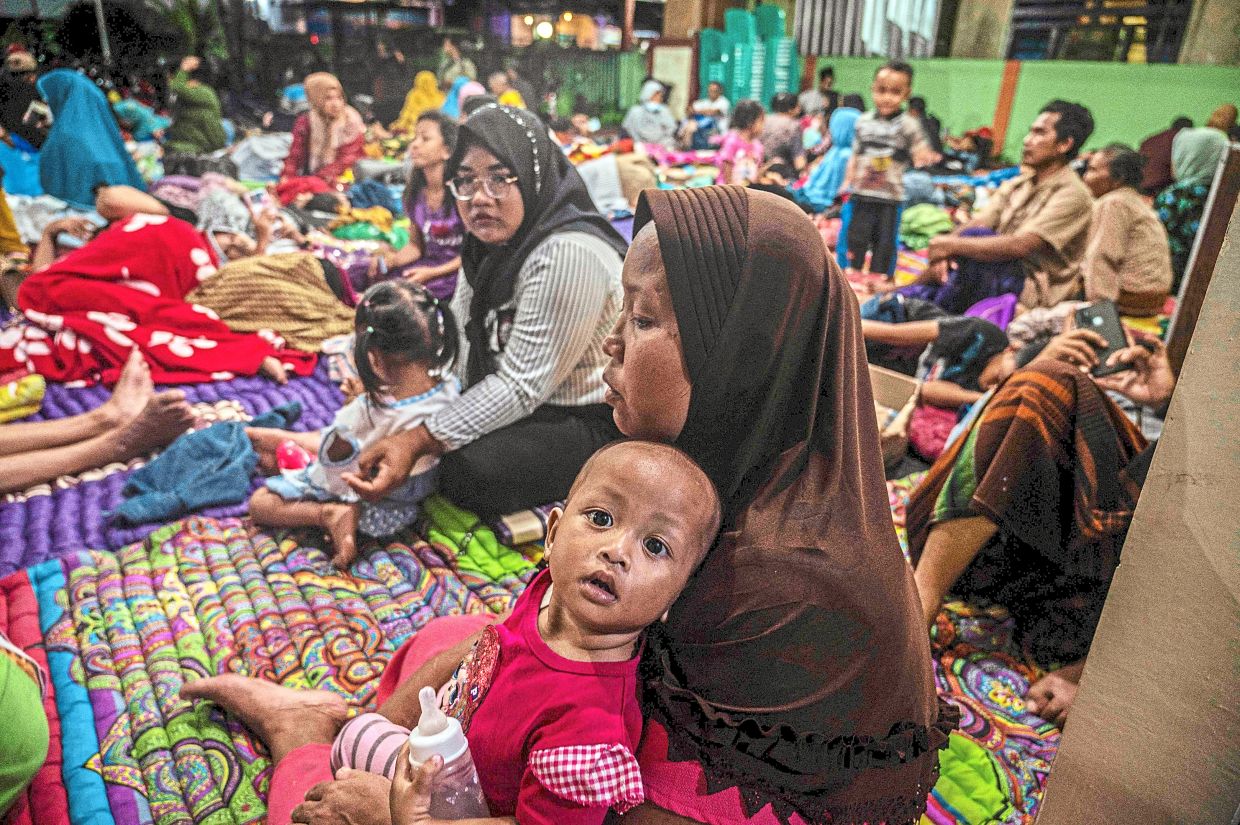 Villages and nearby towns were blanketed with falling ash, blocking out the sun, but no casualties have been reported.

Hundreds of rescuers were deployed yesterday in the worst-hit villages of Sumberwuluh and Supiturang, where houses and mosques were buried to their rooftops by tons of volcanic debris.

Heavy rain had eroded and finally collapsed the lava dome atop the 3,676m volcano, causing an avalanche of blistering gas and lava down its slopes toward a nearby river.

Searing gas raced down the sides of the mountain, smothering entire villages and destroying a bridge that had just been rebuilt after a powerful eruption last year.

Semeru’s last major eruption was in December 2021, when it blew up with a fury that left 51 people dead in villages that were buried in layers of mud.

Several hundred others suffered serious burns and the eruption forced the evacuation of more than 10,000 people. The government moved about 2,970 houses out of the danger zone, including from Sumberwuluh village.

Lumajang district chief Thoriqul Haq said villagers who are still haunted by last year’s eruption fled on their own when they heard the mountain start to rumble early on Sunday, so that “casualties could be avoided”.

“They have learned an important lesson on how to avoid the danger of eruption,” he said.

He said nearly 2,000 people escaped to emergency shelters at several schools, but many were returned to their homes yesterday to tend their livestock and protect their property.

Increased volcanic activity on Sunday prompted authorities to widen the danger zone to 8km from the crater, and scientists raised the volcano’s alert level to the highest, said Hendra Gunawan, who heads the Volcanology and Geological Hazard Mitigation Centre.

People were advised to keep off the southeastern sector along the Besuk Kobokan River, which is in the path of the lava flow.

Semeru, also known as Mahameru, has erupted numerous times in the past 200 years.

Still, as is the case with many of the 129 active volcanoes in Indonesia, tens of thousands of people continue to live on its fertile slopes. — AP