BANGKOK (The Nation/Asia News Network): Seven people were injured by an explosion on Tuesday (Dec 6) as they salvaged a freight train that was derailed in a suspected insurgent attack in Songkhla’s Sadao district.

The explosion occurred at 6.24am about 10m from the site where the train was derailed by the initial blast on Saturday.

Seven people, mostly engineers from nearby train depots, were sent to hospital with injuries from the second blast.

Officials have launched an investigation.

Train No 707 from Songkhla’s Hat Yai district to Padang Besar in Malaysia was derailed at 12.50pm on Saturday by a bomb blast as it approached Khlong Ngae railway station, authorities said.

Eleven of its 20 containers left the track, which was also severely damaged. No staff onboard were injured in the incident. Bomb disposal officers had reportedly searched the area before engineers were given the green light to salvage the train.

The State Railway of Thailand has closed the track for repairs, suspending train services from Hat Yai to Padang Besar and from Padang Besar to Bangkok. 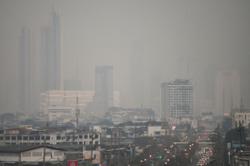 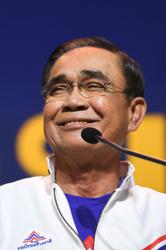