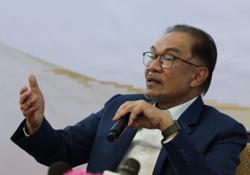 The State Bank of Vietnam, which currently limits the credit growth of the banking system to 14% and has said it does not plan to increase that this year, has raised quotas for some banks.

The prime minister instructed the central bank and lenders to focus on supporting consumer and export sectors, according to the government website.

Chinh gave the orders Sunday while meeting with officials in the Mekong Delta province of Bac Lieu. - Bloomberg