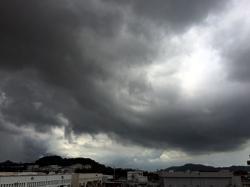 BANDAR SERI BEGAWAN, Dec 5 (Xinhua): Brunei will be entering the northeast monsoon in early December, which is expected to persist until March 2023, the country's meteorological agency said on Tuesday.

According to the Brunei Darussalam Meteorological Department at the Ministry of Transport and Infocommunications, in the first two months of the northeast monsoon (December 2022 and January 2023), also known as the rainy season, the country normally receives the highest amount of rainfall and has recorded the highest number of rainy days.

During this period, the country normally experiences unsettled weather conditions with showers or thundershowers, heavy at times, especially during the night until early morning.

The department said that during the rainy season, it is important for the general public to take note of the high risk of flooding or flash floods, especially at low-lying and flood-prone areas as well as near river banks.

Severe flooding may occur during heavy rain coinciding with high tide. There is also the risk of landslides and falling trees during continuous heavy rain that lasts more than an hour, it added.- Xinhua 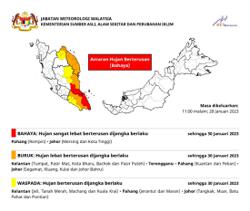 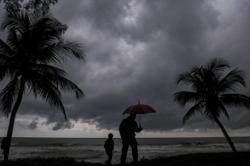