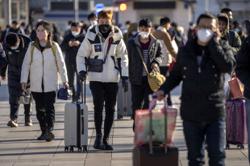 Colours of ethnicity: With more accessible transport, the Dao people in the commune are able to earn income from afforestation and community-based tourism. — Vietnam News/ANN

NestLing on the mountainous, remote district of Ha Long City in the northern province of Quang Ninh, Ky Thuong Commune is a little-known tourist gem of the famed coastal city.

The commune has a population of about 800, over 98% of them are Dao ethnics. Its unique location enables them to preserve their authentic culture and almost intact natural landscape.

Just three years ago, the commune was still ranked as a highly disadvantaged locality and included in National Programme 135, which focuses on poverty reduction. It could only be accessed on dry days by motorbikes when the path was not too slippery and covered with mud.

From the beginning of 2020, Hoanh Bo District was turned into an eco-service urban area supporting Ha Long.

The remote communes within the district, including Ky Thuong, seem to have been given a facelift after receiving significant investment in innovating their traffic and infrastructure to increase connectivity with surrounding areas.

With more accessible transport, the Dao people in the commune could earn income from afforestation and community-based tourism.

By mid-2020, Ky Thuong was officially excluded from National Programme 135.

According to Nguyen Duc Thanh, vice-chairman of the People’s Committee of Ky Thuong, a project to develop tourism in mountainous communes in Hoanh Bo was built after the district became part of Ha Long City. The source of income of the locals will be gradually switched from agriculture and afforestation to higher-valued timber plantations and tourism.

In Ky Thuong, the implementation of the local tourism model is closely associated with preserving the indigenous culture of the Dao and natural landscape.

“The typical natural feature of the locality is the vast area of forests and a large number of creeks surrounded with beautiful landscape, two significant elements that could be used for tourism,” Thanh said.

The three villages in the commune are divided by three main creeks – Khe Tre, Khe Luong and Khe Phuong. Not only providing locals with fresh water and food, these creeks, with their primitive beauty, could become tourism magnets of the region.

Notably, the commune is home to the Dong Son & Ky Thuong Nature Reserve which has been dubbed as the “green lung” of Quang Ninh province and the treasure of the Dao for generations.

Covering a total area of over 15,000ha, the nature reserve has among the most incredible biodiversity of flora and fauna in northern Vietnam, many of which are included in the country’s Red Data Book or listed by the International Union for Conservation of Nature, like crocodile, skink or frogfish.

A potential tourist attraction within the Nature Reserve is Thien Son Peak, which is expected to attract adventurous visitors. A two-day and one-night tour is being surveyed, enabling tourists to have the overview of Ha Long Bay, a Unesco World Heritage site, and its vicinity from the 1,100m altitude of the peak.

As soon as the path leading to Ky Thuong was concreted at the end of 2019, several young Dao came up with the idea of building community-based tourism models.

With the support from the local authorities and villagers, Am Vap Farm came into being.

Since early this year, the facility has served tourists and created better livelihoods for villagers. — Vietnam News/ANN 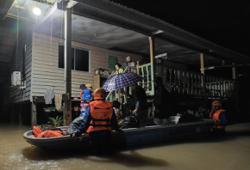