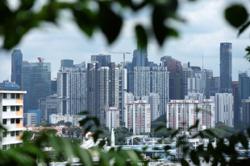 Iras will be revising the annual value of HDB flats in line with increase in market rentals. - ST FILE

SINGAPORE (The Straits Times/Asia News Network): Most home owners will have to pay higher property taxes in 2023, as the authorities raise the annual value of most residential properties to reflect the increase in rentals.

To offset this, the Government will provide a one-off tax rebate of up to $60 to all owner-occupied properties, said the Ministry of Finance and Inland Revenue Authority of Singapore (Iras) in a joint statement on Friday (Dec 2).

The annual value of most private residential properties and Housing Board flats will be raised from Jan 1, 2023, as part of Iras’ annual review of properties to calculate how much taxes should be paid, the authorities said.

Those who own expensive private properties will feel the brunt of the revision, particularly owners of properties purchased for investment purposes.

All one-room and two-room flat owners will continue to pay no property tax as the annual value of their homes remain below $8,000.

The majority of those living in other HDB flat types will pay between $30 and $70 more in property tax compared with 2022, after taking into account the rebate, said the authorities.

The one-off 60 per cent rebate, which is capped at $60, will be automatically offset against any property tax payable in 2023, said the authorities, adding that the measure is to “mitigate the increase in property tax payable, amid concerns about global inflation and cost of living”.

Iras monitors market rental trends to determine the annual value of properties. Since the last revision of annual values in December 2021, rents of HDB flats and private homes have risen by more than 20 per cent, it said.

“Residential property annual values will be revised accordingly from Jan 1, 2023 to reflect this,” the Iras said.

HDB rents were 24.7 per cent higher in September, compared with the same month last year.

A property’s annual value is its estimated annual rent if it were to be rented out, and is determined based on the market rents of comparable properties.

Owners living in their property, known as owner-occupiers, enjoy concessionary property tax rates ranging between 0 and 23 per cent, while the property tax rates for those who rent out their flats range between 11 and 27 per cent.

The tax rates are progressive, with higher-value properties and those that are rented out being taxed at higher rates, the authorities added.

Property tax rates for expensive private homes will go up as well.

Finance Minister Lawrence Wong announced in Budget 2022 that the property tax rates for residential properties not occupied by their owners, including investment properties, will be increased to 12 to 36 per cent in 2023.

This compares with the current 10 to 20 per cent tax levied on such properties.

Social support schemes that use annual property values to determine eligibility will not be affected by the 2023 revision in annual values. These include the GST Voucher scheme, MediShield Life premium subsidies and Workfare Income Supplement Scheme.

The annual value of HDB flats was last revised in 2021, and had previously remained unchanged since 2017. 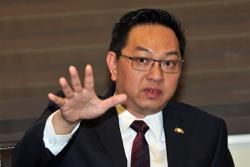