A police officer inspects one of the two iron-barred cells discovered at the house of graft suspect Terbit Rencana Peranginangin, the inactive regent of Langkat, North Sumatra. - Antara

MEDAN (The Jakarta Post/Asia News Network): The Stabat District Court in Langkat, North Sumatra, has found eight defendants guilty of involvement in the fatal incarceration of people trafficked to work on an oil palm plantation that supplied global brands.

Victims succumbed to their injuries inside two cages on the property of graft suspect and inactive Langkat regent Terbit Rencana Peranginangin in the country’s latest case of modern slavery.

The court handed down between 19 months and three years prison time.

The defendants, who included Terbit’s son Dewa, were on trial for having acted as caretakers of the iron-barred cells and were allegedly involved in the incarceration that led to the death of four victims.

The four were found guilty of group violence resulting in death and were sentenced to 19 months in jail. State prosecutors had demanded three years’ imprisonment.

Dewa was also ordered to pay Rp 265 million (US$17,000) in compensation to the families of the victims.

In a separate trial, four other defendants were found guilty of illegal incarceration leading to death, which carries a maximum penalty of five years in jail under the Human Trafficking Law.

Both defendants and prosecutors have yet to decide whether to appeal the verdicts or sentences.

North Sumatra Police have also named Terbit a suspect in the case.

The oil palm plantation where the victims were forced to work had supplied major consumer goods companies such as Nestle and Unilever, according to environmental investigative group The Gecko Project, as reported by AFP.

Unilever suspended its ties to the plantation after being confronted by the allegations while Nestle said it was investigating, the group said.

The cages were discovered not long after the Corruption Eradication Commission (KPK) arrested then-regent Terbit in January for allegedly demanding kickbacks from private contractors in exchange for infrastructure projects.

The KPK and North Sumatra Police found two barred cells in Terbit’s house holding dozens of people who were believed to have been forced to work on his oil palm plantation, and they began a separate investigation into the matter.

The National Commission on Human Rights (Komnas HAM) has accused Terbit of keeping people in cages since 2010. Terbit claimed he was running a rehabilitation centre for narcotics users.

The commission found slavery-like practices and noted that some 57 people were being held in the two cells at the time of their discovery. Most were drug users, male and poor.

Komnas HAM and the Witness and Victim Protection Agency (LPSK) have recommended that the Attorney General’s Office (AGO), the National Police and the Indonesian Military (TNI) further investigate the alleged roles of certain members of the police and military in what they say were systematic, years-long human rights violations. 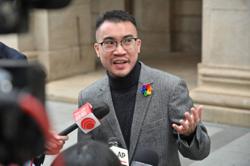 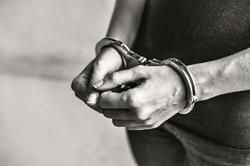