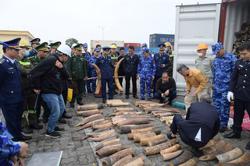 Vinh Phuc has attracted 493 FDI projects with investment capital of US$6.60 billion, making it the 16th largest FDI province in Vietnam. - VNA/VNS

HANOI (Vietnam News/Asia News Network): In the North Economic Zone (NEZ), Vinh Phuc province is emerging as an attractive investment destination with a good infrastructure system and methodical development, according to Savills Vietnam.

Vinh Phuc is proving an attractive and safe destination for multinational companies (MNCs), thanks to its proximity to Hanoi and Noi Bai International Airport, flexible support mechanisms, and comprehensive investment, production and business policies.

“We have seen a significant increase in demand for ready-built facilities. Although foreign rental developers have capitalised on this in the NEZ, Vinh Phuc remains untapped. It presents development opportunities given its proximity to Hanoi, upcoming land supply, lack of existing rental projects, and burgeoning added-value and supporting industries,” said John Campbell, associate director, head of Industrial Services, Savills Vietnam.

The province has made great efforts to create a business-friendly regulatory environment. Between 2020 and 2021, it improved its PCI standing from 29th to fifth.

“The local authorities have done a fantastic job of improving the technical infrastructure and ease of doing business, as referenced in its jump to 5th place in 2021’s PCI list,” Campbell said.

“Vinh Phu has established itself as a worthy competitor amongst the key provinces in the NEZ. Added-value industries and MNC tenants drive its manufacturing and processing base, it is less than 30 minutes from Noi Bai International Airport, and land prices remain competitive.”

Vinh Phuc has a sizeable industrial land supply, but a noticeable lack of factories or warehouses for rent for smaller tenants that require less than 10,000sq m. There are opportunities for ready-built factory (RBF) and warehouse (RBW) developers.

Currently, companies establishing themselves in Vĩnh Phúc face capital-intensive processes that require commitments of up to 50 years.

Spare parts for electronics are Vinh Phuc’s leading export, and it is one of the largest hubs of automotive production hubs in the NEZ.

Industry is fundamental to Vinh Phuc’s development. It is calling for investment and implementing mechanisms and policies that encourage and attract investment, such as administrative reform and effective provincial industrial development, CIT incentives for supporting enterprises, and funding supporting industries.

Vinh Phuc's infrastructure system facilitates trade, thanks to its transport links and proximity to Hanoi, Noi Bai International Airport, and neighbouring provinces. It has a comprehensive road network that connects to China, Hanoi, Hai Phong, and key industrial provinces.

Each day, up to 500 tonnes of cargo can be moved on the Red River and the Lo River via Vinh Thịnh and Nhu Thụy ports in the province.

Vinh Phuc ICD Logistics Centre & Super Port, the first "super port" within a smart logistics network in the ASEAN region is expected to start operations in the fourth quarter of 2023.

The 83-ha ICD logistics centre and super port by T&T Group and YCH Group will receive investment of VNĐ3.8 trillion and will have a customs clearance capacity of 530,000 TEUs per year.

Besides that, Vinh Phuc currently has seven industrial parks (IPs) and the future supply by 2023 will be 13 IPs.

Ring Road 4 with the estimated investment of US$3.81 billion will connect 14 districts across Hanoi, Hung Yen and Bac Ninh. It would address traffic congestion and enable further economic links and trade between Hanoi, Vinh Phuc, Hung Yen, Bac Ninh and Bac Giang

That will mean expats working in Vinh Phuc, Hung Yen, Bac Ninh and Bac Giang provinces will be able to live in Hanoi because the roads will cut commutes significantly. Given the high-value manufacturing in the area, the roads will support the recruitment of skilled labour from Hanoi to work in Vinh Phuc.

With proximity to Hanoi, Vinh Phuc is also accessible to expats and foreign skilled workers.

To date, the province has attracted 493 FDI projects with investment capital of $6.60 billion, making it the 16th largest FDI province in Vietnam.

In the first nine months of 2022, total registered FDI reached $102 million, and 16 of the 18 newly registered projects were in manufacturing and processing and contributed over $85 million.