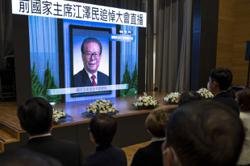 Jiang took power in the aftermath of the Tiananmen Square crackdown, in which the military used deadly force to end the uprising, and led China towards its emergence as a global economic powerhouse.

The major bodies of China’s ruling Communist Party bodies announced his death through a letter that expressed “profound grief”.

“Jiang Zemin passed away due to leukaemia and multiple organ failure in Shanghai at 12.13pm on Nov 30, 2022, at the age of 96, it was announced yesterday,” Xinhua reported.

His death came after all medical treatments had failed, it said.

“Comrade Jiang Zemin was an outstanding leader ... a great Marxist, a great proletarian revolutionary, statesman, military strategist and diplomat, a long-tested communist fighter, and an outstanding leader of the great cause of socialism with Chinese characteristics,” Xinhua quoted the letter as saying.

“During the serious political turmoil in China in the spring and summer of 1989, Comrade Jiang Zemin supported and implemented the correct decision of the Party Central Committee to oppose unrest, defend the socialist state power and safeguard the fundamental interests of the people,” state broadcaster CCTV said yesterday.

He is survived by his wife Wang Yeping and two sons. — AFP 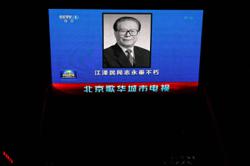