Vistara-Air India merger to see SIA get 25.1 per cent stake for S$360mil Tata currently holds 51 per cent of Vistara, while SIA has 49 per cent. - Reuters

SINGAPORE (The Straits Times/Asia News Network) The widely anticipated merger of Indian airline Vistara into Air India will see Singapore Airlines (SIA) getting a 25.1 per cent stake in the enlarged entity for an additional investment of S$360 million.

The Tata Group will remain the bigger partner in Air India post-merger, with a 74.9 per cent stake.

Tata currently holds 51 per cent of Vistara, while SIA has 49 per cent.

SIA’s capital injection into the new Air India group could rise by another 50.2 billion rupees (S$880 million) if the Indian carrier decides to tap both its shareholders for additional funds for restructuring and expansion.

This amount is payable only after the completion of the merger in March 2024.

The actual amount will be dependent on factors that include the progress of the enlarged Air India’s business plan, and its access to other funding options.

The exact amount of additional investment by each partner will be calibrated to maintain the 25.1 per cent-74.9 per cent respective stakeholdings of the two parties.

SIA will fund its investment from internal sources, which include $17.5 billion in cash and bank balances, and $2.2 billion in committed lines of credit.

SIA and Tata together initially invested about $100 million to start up the Vistara venture in 2013.

But over the years, based on SIA’s own annual reports, the Singapore carrier has invested some $900 million in the Vistara project.

With the latest additional $360 million in Air India, SIA would have invested almost $1.3 billion in its India airline venture. This could rise to as much as $2.1 billion, should it have to provide funds for the enlarged Air India.

The announcement on Tuesday (Nov 29) evening confirms long-held market speculation that Tata would ultimately merge all its airline holdings into Air India and Air India Express, which it bought from the Indian government earlier this year after 69 years of state control.

This means that besides Vistara, it will also merge its 87 per cent-held AirAsia India into the Air India group’s low-cost carrier Air India Express.

With this, the Tata-SIA partnership will control one of India’s largest airline groups, with a 23 per cent market share and straddling both the full-service and low-cost spectrum of air travel.

The combined entities of Air India and Air India Express will have 218 aircraft, serving 52 domestic destinations and 38 international destinations. Only IndiGo Airlines would have more domestic routes.

Vistara, which is rated India’s best airline, operates on 31 domestic routes and flies to 10 international destinations, including Singapore.

SIA said the merger would reinforce its presence in India, strengthen its multi-hub strategy, and allow it to continue participating directly in a large and fast-growing aviation market.

Goh Choon Phong, SIA chief executive, said Tata Sons, parent company of the Tata Group, is one of the most established and respected names in India.

“Our collaboration to set up Vistara in 2013 resulted in a market-leading full-service carrier, which has won many global accolades in a short time,” he said.

“With this merger, we have an opportunity to deepen our relationship with Tata and participate directly in an exciting new growth phase in India’s aviation market. We will work together to support Air India’s transformation programme, unlock its significant potential, and restore it to its position as a leading airline on the global stage.”

India is the world’s third-largest aviation market, with air travel demand surging and passenger traffic expected to more than double over the next 10 years.

Aviation consultancy Endau Analytics’ founder and chief executive Shukor Yusof said the $360 million is a small and affordable price for SIA to pay to have a foothold in the vast Indian market.

“Plus, SIA retains board representation in Air India,” he said.

“But the challenge between now and March 2024, when the deal is completed, is whether global aviation would have weakened as a result of a recession. Then SIA would have to decide if it makes sense to inject another $880 million to be part of the Air India group.”

The airline aims to capture 30 per cent of the domestic market share while further growing its international connectivity. 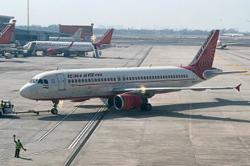