Chinese national Lin Rongxin first catfished girls, aged 14 to 19, into sending him revealing and obscene photos and videos of themselves by posing as 19-year-old “Lin Zhi Xuan”.

In some cases, he demanded that the victims have sex with another man, “Huang Yi”, who was actually himself.

After having sex with the victims, he fooled them into thinking he would help them resolve the threats by their blackmailer.

Three of the unsuspecting girls, who did not know that their “saviour” and their blackmailer were actually the same person, ended up having a relationship with him.

He even threatened a few of the victims into secretly filming other girls and women.

The rapes took place in the toilet of an industrial building in Toa Payoh and at a room in Balestier Hotel.

Another 57 charges were taken into consideration for sentencing.

“The scale of the offences is shocking,” said Deputy Public Prosecutor Chong Kee En, who noted that the 64 charges faced by Lin involved 20 victims.

The prosecutor sought between 22 and 28 years’ jail and 24 strokes of the cane, while defence counsel Peter Ong asked for a jail term not exceeding 25 years. Sentencing was adjourned to Dec 5.

Lin was a machinery technician and had worked in Singapore for 12 years before his arrest. He lived with his wife at a dormitory, and they have a three-year-old son.

From 2018 till his arrest on June 29, 2019, Lin met victims on social messaging platform WeChat or dating app TanTan, using the photo of a young man as his profile picture.

His targets included girls from China who were studying here, as well as Singaporeans. — The Straits Times/ANN 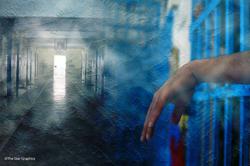