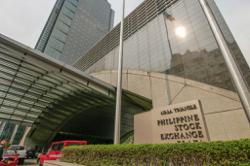 JAKARTA, Nov 28 (Reuters): The South Korean won and the Indonesian rupiah were among the top losers in Asian markets on Monday as safe-haven dollar firmed on uncertainty amid protests in China against Covid-19 curbs and its impact on the world's second-largest economy.

The US dollar index traded at 106.41, edging away from its recent three-month low of 105.30, as protests in China triggered a rush towards safe-haven assets, with Chinese yuan retreating to an over two-week low against the greenback.

That pressured the Asian emerging currencies, with the South Korean won weakening 1.3% to snap a three-day winning streak, while the Indonesian rupiah fell 0.4% for its biggest percentage loss since Nov. 16.

The Singapore and Taiwan dollars gave up 0.2% and 0.3%, respectively, while the Philippine peso slipped 0.1%. Investor sentiment was also hit by the protests in China - a manufacturing powerhouse and Southeast Asia's top trading partner - that flared for the third day and spread to several cities, with fears of an economic slowdown weighing further.

"Economic data (for China) continues to point to a lower-for-longer growth picture in the face of virus restrictions, ultimately leaving expectations of reopening to be the key driving force for market sentiments," Yeap Jun Rong, market strategist at IG said.

"Rising unrest in China in the form of protests in several cities has translated to greater reopening pressure for authorities but any indications of reopening seem unlikely to be guided in light of current record high cases."

The Bank of Thailand will raise interest rates by a modest quarter-point for a third straight meeting amid fragile tourism-reliant growth and signs inflation has started to ease, a Reuters poll of economists found.

Across the region, most stock indexes remained subdued with equities in South Korea losing 1.4%, China giving up 1.4%, and Taiwan slipping 1.5%. However, stocks in India and the Philippines tacked on 0.3% and 0.9%, respectively.

The Philippines' economic growth may ease next year after a likely expansion of more than 7% this year as global risks linger, but it will remain resilient, a top official said on Sunday.

Separately, South Korea's central bank and government rolled out additional support measures for the local credit market, including a 2.5 trillion won ($1.86 billion) repo operation by the Bank of Korea to be carried out in December. - Reuters 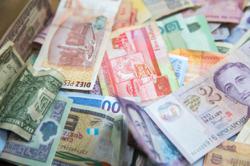 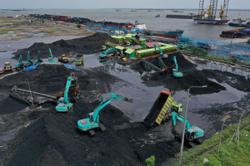