Indonesia to use excess budget cash to rein in 2023 borrowing 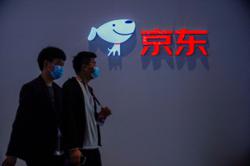 JAKARTA, Nov 27 (Reuters): Indonesia will accumulate excess cash in this year's budget and use it to help reduce borrowing in 2023, when it expects to face market volatility and a weakening global economy, its finance minister had announced.

South-East Asia's largest economy has managed a strong fiscal position this year, as tax revenues got a boost from booming exports - powered by high commodity prices - and a post-pandemic recovery in economic activity.

Finance ministry officials have said the 2022 fiscal deficit could be near 3% of GDP.

"In 2023, there may be volatility," she warned, adding that maintaining a cash buffer would help the government to minimise its risks.

Sri Mulyani said the government would reduce its sales target at regular bond auctions in the fourth quarter and optimise raising funds through retail bond sales and loans from multilateral institutions.

Another source of cash would be the planned sale of 128.6 trillion rupiah worth of bonds to the central bank in December, the minister said.

Bank Indonesia Governor Perry Warjiyo said on Wednesday that the central bank would use its bond market operations to ensure that bond yields do not rise excessively next year.