“There is a powerful strategic intimacy that is being born with Indonesia and France,” said French Armed Forces Minister Sebastien Lecornu.

Indonesia placed an order for 42 of France’s Rafale fighter jets in a US$8.1bil deal agreed to in February.

The two countries are also in talks over the purchase of two Scorpene-class attack submarines.

Lecornu met his counterpart Prabowo Subianto as Indonesia prepares to take over the rotating presidency of the Association of South-East Asian Nations (Asean).

France has been accepted as an observer state in ADMM-Plus, Asean’s defence platform, Lecornu tweeted yesterday, joining countries including the United States and China. — AFP 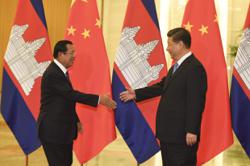