Taste of home: A customer stirring her cup of Hong Kong-style milk tea at the HOKO Cafe in London. — AP

A year ago, the 31-year-old musician was in Hong Kong, earning a good living composing for TV and movies and teaching piano.

Today, she makes about half as much in London working part-time as a server alongside her musical pursuits.

She chose the job in part because staff meals allow her to save money on food.

And Wong, who left Hong Kong with her boyfriend in January, has turned to a beloved hometown staple to keep her grounded: milk tea.

She brings the beverage to parties with Hong Kong friends and gives bottles to co-workers as gifts.

“It’s like reminding myself I am a Hong Konger.

It will be fine as long as we are willing to endure the hardships and work hard,” said Wong, who left as part of an exodus that began after Beijing passed a law in 2020 that curtailed civil liberties.

As tens of thousands leave Hong Kong for new lives abroad, many are craving a flavour from childhood that’s become a symbol of the city’s culture: the sweet, heavy tea with evaporated milk that’s served both hot and cold at diner-like restaurants called cha chaan tengs.

Workshops are popping up to teach professionals to brew tea like short-order cooks, and milk tea businesses are expanding beyond Chinatowns in Britain.

In Hong Kong, milk tea is an unassuming beverage, something you use to wash down sweet French toast off a plastic plate.

It’s so beloved that members of Hong Kong’s protest movement have called themselves part of a “Milk Tea Alliance” with activists from Taiwan, Thailand, and Myanmar, who drink similar beverages.— AP 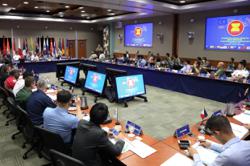