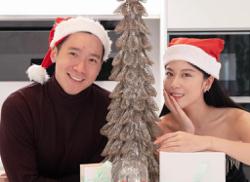 His work, Smoke Gets In Your Eyes, was one of 10 winners for best short film announced on Friday evening.

Although there were 10 winners, Lee was the only film-maker from overseas. The jury is headed by Chinese actor Huang Bo.

Smoke Gets In Your Eyes is a dark comedy about a series of events played out between an undertaker and three siblings at their father’s wake, after a mix-up leads to the wrong body getting sent for cremation. The film stars Wang Weiliang, Benjamin Heng, Priscelia Chan and Oon Shu An.

Lee was unable to fly to Xiamen, China, to attend the ceremony due to the pandemic.

“It’s a pity that I couldn’t be there personally, but I’m so glad that our film resonated with Chinese audiences,” he wrote on social media on Saturday.

“It really made my day that one of my favorite actors and head of jury, Huang Bo, mentioned he loves the film.”

Lee graduated from the Beijing Film Academy and his thesis film A Time For Us (2018) premiered at the 29th SGIFF in 2018.

Winners of 20 awards for the best actor, actress, director and feature film, among others, were announced at the highly-anticipated closing ceremony of the 2022 China Golden Rooster and Hundred Flowers Film Festival on Saturday.

The war epic "The Battle at Lake Changjin" snatched up two trophies -- best feature film and best director -- to become one of the biggest winners.

Set during the War to Resist US Aggression and Aid Korea (1950-1953), "The Battle at Lake Changjin" tells the story of Chinese People's Volunteers fighting bravely in freezing weather in a vital campaign at Lake Changjin, also known as Chosin Reservoir.

Zhu Yilong won the best actor award for his performance in "Lighting Up The Stars," this year's tear-jerker family drama telling a story about a funeral director who accidentally crosses paths with a girl who brings about an unexpected change in his attitude towards life.

The best actress award went to Xi Meijuan for her performance in "Song of Spring," a feature film telling a family story about an 85-year-old mother taking care of her 65-year-old daughter who suffers from Alzheimer's disease.

Launched in 1981, the Golden Rooster Awards is a national event sponsored by the China Federation of Literary and Art Circles and the China Film Association. - The Straits Times/ANN 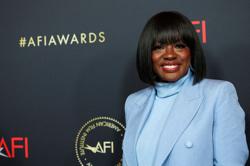