A woman holds a picture as people pray during a funeral, following a mass shooting at a day care centre, at Wat Rat Samakee, in the town of Uthai Sawan, in the province of Nong Bua Lam Phu, Thailand,on Sunday, October 9, 2022. - Reuters

NA KLANG (Thailand), Oct 9, 2022 (AFP): Mourning families knelt Sunday outside a Thai nursery where their children were murdered, performing a Buddhist ceremony to put their souls at rest.

Sacked police officer Panya Khamrab killed 36 people -- 24 of them children -- on Thursday in a gun and knife rampage in northeastern Nong Bua Lam Phu province, in one of the kingdom's worst-ever mass killings.

Saffron-robed monks led prayers for the dead Sunday on a second day of ritual mourning at a temple close to the nursery in Na Klang district, a quiet farming area torn apart by Thursday's bloodshed. 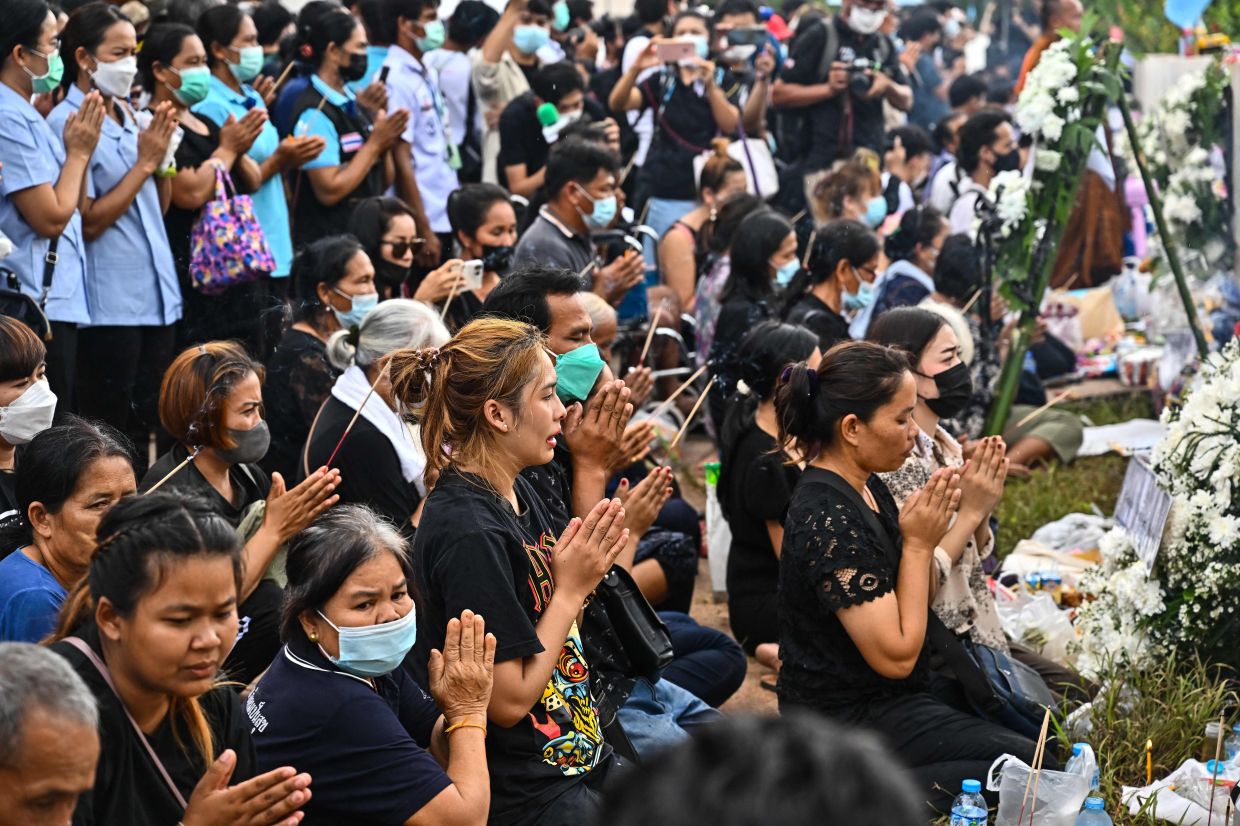 People take part in a Buddhist ceremony to call the souls of the children, who were killed by a former police officer in a mass shooting in a nursery, home from the nursery outside the site in Na Klang in Thailand's Nong Bua Lam Phu province on October 9, 2022. - AFP

Around a low fence surrounding the single-storey, pink-roofed nursery where just a few days ago youngsters played happily, piles of flowers built up.

The sweet aroma of incense scented the air as the assembled crowd, including many well-wishers from the close-knit local community, bowed their heads in prayer, a low crackle of thunder echoing in the distance.

Officials solemnly carried children's treasured possessions out of the nursery to return to families -- favourite blankets and much-loved toys, each carefully placed in name-tagged bags.

"When I see the tears of the families, I just feel very sad... I can't describe it. I feel really bad (about) what's happened in my hometown," Rutt, 57, told AFP after joining her fellow villagers in supporting the bereaved.

The carnage began when the attacker forced his way in during the children's nap time at about 12:30 pm (0530 GMT) on Thursday, opening fire with his own legally owned 9mm pistol and slashing with a knife. 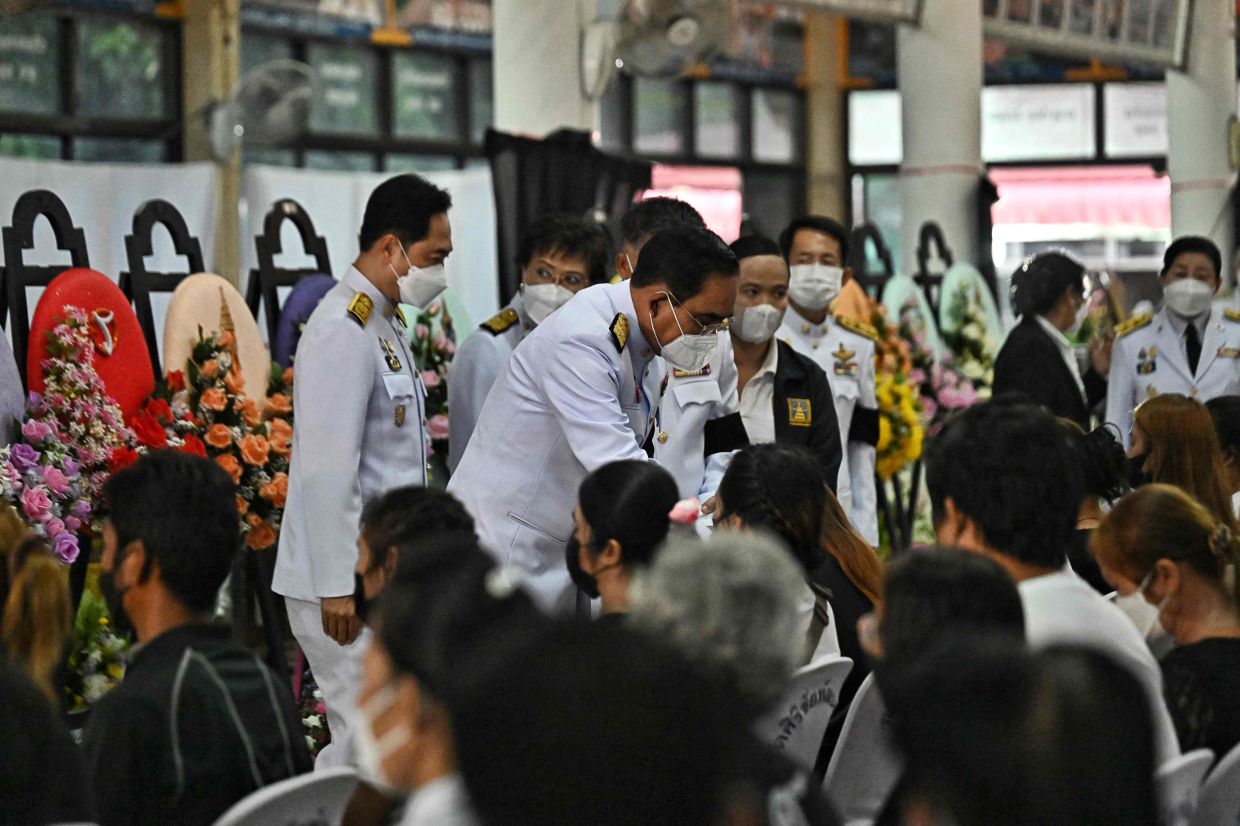 Afterwards, the 34-year-old went home to murder his wife and son before taking his own life, police said, ending the rampage at about 3:00 pm.

Most of the victims died from knife injuries or gunfire, and relatives told AFP of the horrific wounds inflicted on their little ones.

Prime Minister Prayut Chan-O-Cha, who was due to join prayers Sunday evening, has ordered a swift investigation and police have said they expect to interview about 180 witnesses in the coming days.

Panya was sacked as a police sergeant earlier this year for drug abuse and locals say they suspected he was a methamphetamine addict, although preliminary tests found no drugs in his system.

King Maha Vajiralongkorn met survivors and relatives at a hospital late on Friday in a rare public interaction for the monarch, who is officially regarded as semi-divine.

The king said he "shared the grief" of the families and pledged to support them.

The attack stunned Thailand and caused horror around the world. On Saturday, the Thai community in Melbourne, Australia, held a candlelit vigil to mourn the victims. - AFP