PHNOM PENH (The Phnom Penh Post/Asia News Network): The government has set a goal of reducing emissions by 42 per cent by 2030 and plans to triple the amount in its national budget dedicated to accomplishing this in order to contribute to resolving the global climate change crisis, even though Cambodia is a low emissions country.

At an Oct 6 International Inter-Party Conference held via video conference on “Environmental Policy and Sustainable Development” by the Russian Federation, Prime Minister Hun Sen confirmed the participation of Cambodia in environmental protection efforts led by his Cambodian People's Party (CPP).

At the conference, Hun Sen highlighted the Cambodian government's efforts to contribute to resolving the global climate change crisis, with Cambodia setting the goal of reducing emissions by 42 per cent by 2030.

Hun Sen addressed the conference, saying that although Cambodia is a small country and emitted less greenhouse gases than most, it remained committed to tackling global climate change.

“We have strived to increase our participation in tackling global environmental challenges, including climate change, in line with the principle of common but differentiated responsibilities and respective capabilities,” he said.

He added that Cambodia had also made green development and climate change mitigation a crucial component to ensure the resilience of the Cambodian economy in the aftermath of the Covid-19 crisis and that a new investment law in Cambodia would encourage investment in green energy, the green economy and environmental protection. 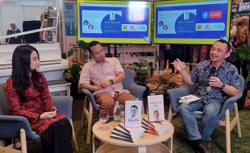 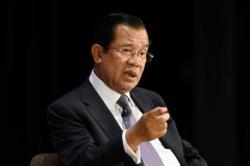