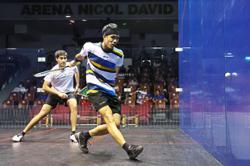 Dire straits: One in four Hong Kongers living in poverty was unemployed this year in what Tsang said was a ‘very severe’ situation. — AFP

Inequality has dramatically worsened in Hong Kong, Oxfam warned, placing further pressure on the financial hub’s leaders who have been ordered to reduce poverty by Chinese President Xi Jinping.

Hong Kong often tops the charts of the most expensive cities to live in, with world-beating levels of wealth inequality that have only worsened during the coronavirus pandemic.

The richest households in the city now make 47 times as much as the poorest – a sharp rise from before the pandemic when the wealthiest made 34 times as much, according to Oxfam’s calculations.

One in four Hong Kongers living in poverty was unemployed this year in what Oxfam’s Hong Kong director general Kalina Tsang said was a “very severe” situation.

“The fifth wave of Covid-19 has widened the gap between the rich and the poor in Hong Kong,” Tsang said yesterday, referring to the Omicron-fuelled outbreak this year that left Hong Kong with one of the world’s highest coronavirus death rates per capita.

Hong Kong has hewed to a looser version of China’s zero-Covid strategy that has had a profound impact on the economy.

The city is now in recession, partly because it has maintained painful pandemic rules while rivals such as Singapore have reopened.“Because of the freezing of the minimum wage, the salary can’t catch up with inflation and ... because of the pandemic, many low-skilled jobs are not viable right now,” Tsang added.

The elderly were among the most affected, she said – one out of two people aged 65 or above who do not have a job is poor.

In the first quarter of this year, 1.09 million out of Hong Kong’s population of 7.3 million were “economically inactive and poor”, including 466,000 elderly.

In a speech in July marking 25 years since Hong Kong returned to Chinese rule, Xi gave a clear directive that the city’s government must solve livelihood problems and increase socio-economic mobility.

Hong Kong leader John Lee, who was chosen by a committee of Beijing loyalists in May, will deliver his first policy address this month. 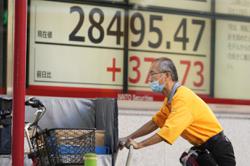