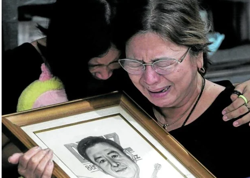 Lisa Mabasa, widow of slain radio broadcaster Percival 'Percy Lapid' Mabasa, weeps at the family residence on Oct 4, a day after her husband was gunned down on the way home. - Philippine Daily Inquirer

MANILA (Philippine Daily Inquirer/Asia News Network): The Philippine National Police and the National Bureau of Investigation are separately investigating the killing of a radio broadcaster and vlogger who was known for his sharp criticisms of former President Rodrigo Duterte and the policies and officials under President Ferdinand Marcos Jr, officials said on Tuesday (Oct 4).

Percival Mabasa, popularly known as Percy Lapid, had been critical of “red-tagging” as well as online gambling operations and misinformation about the martial law regime of Marcos’ late father and namesake, according to the National Union of Journalists of the Philippines (NUJP).

The popular commentator, who had 215,000 YouTube subscribers and 45,000 Facebook followers, became a strong voice of dissent on social media platforms dominated by pro-Duterte and pro-Marcos vloggers.

Mabasa had supported the presidential campaign of former Vice President Leni Robredo and called the Marcos and Duterte families traitors.

He once called Marcos 'Pres. Bonget' and criticised the hasty approval of the budget of the Office of the President and the appointment of the now resigned Victor Rodriguez as executive secretary.

But in his recent shows, he had been warning the president about alleged attempts by Duterte’s camp to take him down.

According to the Southern Police District, Mabasa was shot twice to the head inside his car at the gate of BF Resort Village in Las Piñas City as he was driving home around 8:30pm on Monday.

He was less than a kilometer away from his residence at San Beda Homes in Barangay Talon Dos when he was attacked.

The police said a closed-circuit television footage obtained by investigators showed one of two men on a motorcycle approach Mabasa’s car and fire at him. Two bullets slammed into his left ear, killing him instantly.

The attack was condemned by journalists, several lawmakers and human rights advocates, who called on the authorities to find the killers and the mastermind.

Senior Deputy Executive Secretary Hubert Guevara said the president was “concerned” about the killing and instructed Malacanang officials to follow up on the police investigation of the ambush on Mabasa.

Guevara said he would meet with the members of the Presidential Task Force on Media Security “to advise them, to sit down with the Southern Police District and ensure that the conduct of investigation proceeds without any problem.”

The investigators were told to submit a report within the next seven days, he said.

“The NBI is on the case,” was all that Justice Secretary Jesus Crispin Remulla told reporters in a brief statement on Tuesday.

NBI officials did not immediately respond to requests for comment.

PNP spokesperson Brig Gen. Roderick Augustus Alba said that a special investigation task force was created to identify those responsible for the killing.

“While his work as a radio commentator involves discussion of critical issues, we cannot fully conclude as of this time that the motive [for the killing] is work-related, but we are exploring all possible angles as of this time,” said Alba, the PNP’s focal person in the media security task force.

The task force itself said in a statement that it was “still too early” to determine the motive for the attack but “will presume the killing to be ‘work-related’ as a matter of procedure so that the full might of the presidential task force will be brought to bear against the perpetrators.”

Interior Secretary Benhur Abalos, who oversees the PNP, promised to “deliver justice” to the family of Mabasa, who left a wife and six children.

According to NUJP, Mabasa is the 197th journalist killed in the country since 1986 and the second under the Marcos administration.

Mabasa was a former broadcaster of radio station dwIZ and a columnist for the tabloid “Hataw.”

He was also one of the petitioners who sought to declare several provisions of Republic Act No. 10175, or the Cybercrime Prevention Act of 2012, unconstitutional.

He was a staunch critic of Duterte and continued to speak up against Red-tagging, fake news and attacks on the rule of law under the present administration.

In one of his last vlogs, Mabasa spoke against the former mouthpiece of the government’s anti-communist task force, Lorraine Badoy, for launching a vicious verbal attack against a judge who had junked the justice department’s petition to outlaw the Communist Party of the Philippines (CPP) and the New People’s Army (NPA).

Badoy called Manila Regional Trial Court Judge Marlo Magdoza-Malagar a friend and ally of the insurgents for ruling that they were not terrorists but rebels and made a veiled death threat against her.

“This is beyond the acceptable level of fair criticism. Criticism is okay. But when you threaten someone, that’s no longer criticism. Threat is different from criticism,” he said during his Sept 30 broadcast.

In the same programme, Mabasa also attacked Duterte, calling him 'Digongnyo', for “disrespecting the rule of law,” “abusing his power,” and “enabling Badoy” to launch her hateful rants.

He reminded politicians: “Your power is not the same as Superman’s. Having power does not mean you can disregard the Constitution.”

Mabasa used his popular commentary show to call out Juan Ponce Enrile for allegedly whitewashing the dictatorship of the elder Marcos.

He also said statements on the extrajudicial killings during Duterte’s drug war by Sen. Ronald dela Rosa were “self-serving.”

Dela Rosa was Duterte’s first PNP chief and the architect of the 'tokhang' anti-drug campaign that resulted in thousands of deaths of suspected drug offenders.

Both the senator and the former president are facing charges of crimes against humanity connected to the drug war in the International Criminal Court. 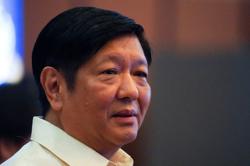