David Wong Yong Soon was sentenced to a seven-day short detention order and will be disqualified from driving for five years. - ST

SINGAPORE (The Straits Times/Asia News Network): A man told the police that his mother was behind the wheel after he was involved in a collision with another vehicle while driving without a valid licence.

More than two years later, he was involved in another accident when his car hit two men at a pedestrian crossing, leaving one of them with a traumatic brain injury.

Though the traffic light was in his favour, he had failed to keep a proper lookout.

On Tuesday, David Wong Yong Soon, 22, was sentenced to a seven-day short detention order and will be disqualified from driving for five years after his release.

Offenders given a short detention order are put behind bars for a short time but will not have a criminal record after their release.

Wong, who pleaded guilty to three charges, including one for giving false information to a public servant and another for causing grievous hurt while driving without due care and attention, has appealed against his sentence.

Deputy Public Prosecutor Regina Lim said in court documents that Wong was in the right-most lane after clearing Singapore immigration at Woodlands Checkpoint at 3.30pm on Dec 7, 2019.

Ooi Lye Teong, a 47-year-old Malaysian, was in the lane next to him, and the two men refused to give way to each other at the junction where the two lanes merged.

The cars eventually collided and Wong exited his car to confront Ooi. He hit the bonnet and windscreen of Mr Ooi's car with his hand, causing a dent above a headlight and a crack on the right side of the windscreen.

She added that Wong did not have a valid driving licence at the time as it had been revoked on June 26, 2019, after he accumulated more than 12 demerit points while on probation for his Class 3A driving licence.

On Dec 20, 2019, when a police officer was recording a statement from him at Jurong Police Division Headquarters, Wong said his mother had been driving the car during the collision at Woodlands Checkpoint.

DPP Lim said Wong intended to cause the police officer to avoid starting investigations against him for driving without a licence.

On March 24, 2022, Wong was driving on Cantonment Road towards Keppel Road at about 9pm with the traffic light in his favour as he approached the pedestrian crossing beside The Pinnacle@Duxton.

Wong failed to keep a proper lookout and the car hit the two men, who were flung by about one car length to 5m.

He called the police after realising the victims were injured. They were taken to Singapore General Hospital.

Ho, who suffered a traumatic brain injury, a forehead laceration and facial swelling, was hospitalised for 21 days and given 66 days of medical leave.

Gibello, who had an ankle fracture and extensive abrasions on his back, was hospitalised for four days and given 98 days of medical leave. 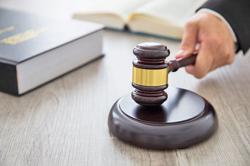