MORE than a dozen senior Indonesian government and military officials were targeted last year with spy software designed by an Israeli surveillance firm, according to nine people with knowledge of the matter.

Six of the individuals said they were targeted themselves.

Six of the Indonesian officials and advisers targeted said they received an email from Apple Inc in November 2021 telling them that Apple believed officials were being “targeted by state-sponsored attackers”.

Apple has not disclosed the identities or number of users targeted. The company declined to comment for this story.

Apple and security researchers have said the recipients of the warnings were targeted using ForcedEntry, an advanced piece of software that has been used by Israeli cyber surveillance vendor NSO Group to help foreign spy agencies remotely and invisibly take control of iPhones.

Reuters was unable to determine who made or used the spyware to target the Indonesian officials, whether the attempts were successful, and, if so, what the hackers might have obtained.

The attempt to target Indonesian officials, which has not previously been reported, is one of the biggest cases yet seen of the software being used against government, military and defence ministry personnel, according to cybersecurity experts.

The use of ForcedEntry, which exploits a flaw in iPhones through a new hacking technique that requires no user interactions, was made public by cybersecurity watchdog Citizen Lab in September 2021.

Google security researchers described it as the “most technically sophisticated” hacking attack they had ever seen, in a company blog post published in December. — Reuters 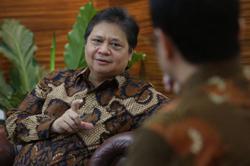