BANGKOK (The Nation/Asia News Network): The Bank of Thailand (BOT) on Thursday (Sept 29) admitted that there was a discrepancy in the Thai and English numerals in the serial number of a lot of 20-baht bank notes.

The central bank’s deputy governor, Wachira Aromdee, said the lot, which has been printed by De La Rue International Limited (DLR), has different Thai and English numerals in the serial number.

She said after the central bank found the discrepancy in the printing, it ordered a halt to the release of the remaining notes from the lot to commercial banks.

The central bank is now retrieving the 20-baht notes from the lot already in circulation, she added

Wachira said the public needed not panic as the notes with the printing error could be used as normal cash. If anyone finds notes with a discrepancy in the serial numbers, they could exchange them at commercial banks or financial institutions.

She said the unusual error had led to the printed notes escaping detection under the normal process. 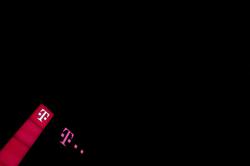