Singapore moves up one spot to be 7th most, innovative economy in the world 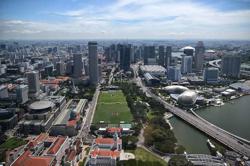 The ranking is based on two broad areas: innovation inputs and outputs. - ST

SINGAPORE (The Straits Times/Asia News Network): Singapore is now the seventh most innovative economy in the world, up one spot from its ranking in 2021.

The rankings are in accordance with the Global Innovation Index 2022, a report released by the World Intellectual Property Organisation (Wipo) and non-profit research firm Portulans Institute on Thursday (Sept 29).

The report ranks 132 economies according to their capacity for and success in innovation.

Switzerland has remained the top economy globally this year. The rest of the top five are, in descending order, the United States, Sweden, Britain and the Netherlands.

South Korea is ranked No. 6 globally, a slight drop from fifth last year. It retained its No. 1 spot in the South-East Asia, East Asia and Oceania region, with Singapore remaining second. China is third, Japan fourth and Hong Kong fifth.

Globally, China has improved its rank by one spot to No. 11. It remains the only middle-income economy in the top 30.

The ranking is based on two broad areas: innovation inputs and outputs.

Innovation inputs are factors in an economy that enable innovative activities. They include the effectiveness of an economy's government, access to information and communications technology, and intellectual property payments.

Innovation outputs refer to the actual results of innovative activities in an economy. They include knowledge and technology outputs such as high-tech exports, as well as creative outputs like the amount of creative goods exported.

Overall, Singapore has retained its No. 1 input ranking globally.

The Republic is top in most institution-related input factors, including political and operational stability, ability to formulate and implement sound regulations that promote private sector development, and government effectiveness.

It also ranked highly in other input indicators such as high-tech imports and the percentage of graduates in science and engineering fields.

In a statement on Thursday, Intellectual Property Office of Singapore chief executive Rena Lee said the Republic’s good performance in traditionally strong indicators - such as those related to institutions and infrastructure, as well as human capital and research - was bolstered by improved showings in business and market sophistication markers.

“Our excellent rankings in these indicators underscores Singapore’s position as a modern services hub with a conducive environment for local and global innovative companies,” she added.

But Singapore's output ranking has fallen by one spot to No. 14, with the nation performing relatively weakly in factors such as the number of national feature films produced and trademarks applications made.

In a statement on Thursday, Wipo director-general Daren Tang noted that investments in innovation continued to grow in 2021 despite the Covid-19 pandemic.

But he said the outlook for 2022 is clouded by global uncertainties - such as those from supply chain disruptions - and a slowdown in converting investments into inventions that drive economic productivity.

"This is why we need to pay more attention to not just investing in innovation but how it translates into economic and social impact," he said.

The report stated that two possible waves of innovation might occur - one based on breakthroughs in supercomputing, artificial intelligence and automation, while the other is built on advancements in biotechnologies, nanotechnologies, new materials and other sciences.

But the positive effects of the waves will take time to materialise, as obstacles in areas such as technology adoption will have to be overcome, it added.

"We have a collective responsibility to draw the lessons of recent crises to put this revolution on the right track, and gear it to the future we want," said the report's co-editor and Portulans Institute co-founder Bruno Lanvin on Thursday. 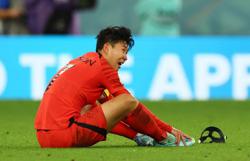