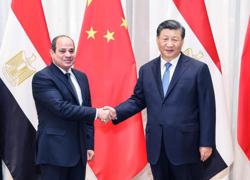 BANDAR SERI BEGAWAN (Borneo Bulletin/Asia News Network): With the continuous care and promoting efforts from the governments of China and Brunei as well as friends from all walks of life, Ambassador of China to Brunei Darussalam Yu Hong believes that both countries will enjoy even closer relations and more solid friendship in the years ahead.

The ambassador also shared the bilateral relations between both countries.

In 2021, she recalled, “The trade volume between China and Brunei was USD2.85 billion, over 200 times larger than that in 1991 when diplomatic relations were established. In the first eight months of this year, the bilateral trade volume surpassed USD2 billion, up by 11 per cent year-on-year.”

She also shared initiatives and activities carried out by the Chinese Embassy in Brunei Darussalam.

“Since 2019, the embassy has organised the Brunei Primary School Students Painting competition for four consecutive years.

China has also continuously provided training opportunities to the Sultanate. This year alone, China provided online seminars covering the topics of technologies and management of weather modification, forestry programme as well as tuberculosis prevention and treatment for 36 participants from Brunei, including 12 women.”

Meanwhile, the China-Brunei joint venture Hengyi Industries Sdn Bhd, through its Hengyi Future programme “has established scholarships and collaboration programmes with Chinese and Bruneian universities and institutions, benefitting hundreds of Bruneian students, among whom over 100 have joined Hengyi Industries upon finishing studies”, she said.

On wushu, she highlighted that Chinese coaches of the Brunei National Wushu Team have been helping to promote the development of wushu in Brunei for 15 years.

With their efforts, Brunei’s Wushu athletes excelled in international competitions.

“They are welcome to participate in next year’s Hangzhou Asian Games and achieve more good results,” she added.

The ambassador also noted that in the course of joint development and joint response to challenges, China and Brunei have always respected each other and constantly strengthened cooperation, with the bilateral relations maintaining a steady momentum of development.

Both sides cherish the hard-won regional peace and stability, respect national sovereignty and territorial integrity, and observe the principle of non-interference in internal affairs.

“Sultan Hassanal Bolkiah has repeatedly stated that Brunei will unwaveringly adhere to the one-China principle, which China highly appreciates,” she added.

Before the cutting of the cake to commemorate the 73rd anniversary of the Founding of People’s Republic of China, the guest of honour with his spouse as well as the Chinese Ambassador with her spouse launched the 30 Years of Friendship on China-Brunei Relations memorial photo album.

Guests were also treated to a wushu performance during dinner. 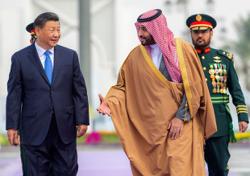