Ousted Thai Prime Minister Thaksin Shinawatra, who was deposed in a bloodless 2006 coup, poses with his daughter Paetongtarn during her graduation day at a Bangkok university in this July 10, 2008 file photo- Reuters

BANGKOK (Reuters): The daughter of Thailand's ex-Prime Minister Thaksin Shinawatra, who was ousted in a 2006 military coup and lives in self-imposed exile, has emerged as a leading candidate for premier in a preliminary opinion poll ahead of elections due next year.

The poll signals challenges for the current military-aligned government, with potential voters listing the two main opposition parties as their top two preferences, although many remained undecided.

Paetongtarn Shinawatra, Thaksin's youngest child at age 36, was the choice of 21.6% of respondents in the poll - just behind "undecided", which was cited by 24% of those polled.

The National Institute of Development Administration (NIDA) poll surveyed 2,500 people nationwide from Sept 15 to 21. It did not provide a margin of error.

Prayut is currently suspended pending a court ruling in a case saying his time as a military junta leader starting in 2014 should count toward term limits. He continues to work as defence minister and the Constitutional Court is expected to rule in the case on Sept 30.

Since populist leader Thaksin was ousted by the military in 2006, parties loyal to his movement have won successive elections but their prime ministers have been removed by court rulings and coups. 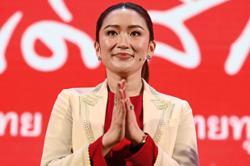 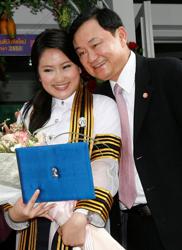