The light-up is a show of solidarity and aims to raise awareness for the condition and the people impacted by it. - ST

The Esplanade, Singapore Flyer, Marina Bay Sands, National Stadium and National Gallery Singapore were lit up as part of a campaign to raise public awareness on dementia and Alzheimer's disease, which is the most common form of dementia.

The campaign was organised by social service agency Dementia Singapore.

The light-up is a show of solidarity for persons with dementia, caregivers, family members, healthcare professionals and community care workers, and aims to raise awareness for the condition and the people impacted by it, said the agency in a news release.

The public are encouraged to share photos of the light-up with Dementia Singapore on social media.

"We work closely with persons living with dementia through our community engagement programmes, and here at the centre, all our staff are equipped to offer assistance if they encounter someone with signs of dementia," said a spokesman for the Esplanade on its support for the light-up.

Besides the light-up, various community bodies also held activities in September, which is recognised globally as World Alzheimer's Month, to bring attention to the condition, as well as support those with dementia and their caregivers.

Project We Forgot, a network for caregivers to persons with dementia, announced on social media that it is launching a series on Wednesday night to share stories from caregivers and their loved ones from around the globe.

"While caring for someone with dementia can be difficult, it is important to know that you are not alone. Through stories, we humanise this journey and empower those on it," the social enterprise said in its post on Tuesday.

About $600,000 will be used to subsidise attendance fees for needy clients served by New Horizon Centres, which provide daycare services to improve the well-being of those with dementia and their caregivers.

A walkathon was held at Bishan-Ang Mo Kio Park last Saturday together with the launch of a community guide that helps caregivers find services for those with dementia, such as dementia daycare centres and eldercare centres, in the neighbourhood. It also provides information about dementia.

Some 500 participants received the guide and another 2,000 copies will be distributed to residents in Ang Mo Kio who want to learn more about dementia or support neighbours or family members with dementia.

The initiative was led by Dementia Singapore with support from a network of community organisations in Ang Mo Kio comprising the AMKFSC Community Services, Awwa, Tan Tock Seng Hospital and Touch Community Services.

Between Sept 8 and 18, Sembawang GRC Grassroots Organisations partnered with Republic Polytechnic and social service agencies to organise programmes to educate its residents about dementia.

The events included a tea dance party for residents to dance and exercise, a four-day hackathon where students designed solutions for Woodlands Town to better support those with dementia, and a roadshow with activities such as craft-making to educate residents on how these activities can help persons with dementia. 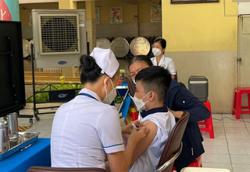