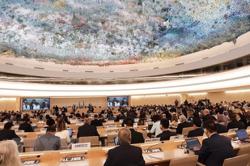 More than 50 winners of a prominent global environmental prize have called on the UN human rights council (UNHRC) to reject Vietnam’s effort to join it, citing a crackdown on climate activists in the South-East Asian nation.

In a letter published on Wednesday, 52 winners of the Goldman Environmental Prize flagged concerns over a two-year jail sentence handed to one of Vietnam’s best-known environmental advocates, Nguy Thi Khanh.

“What’s happening in Vietnam is just the tip of the iceberg,” said the letter, signed by winners of the prize from 41 countries.

“As Goldman prize winners, we have all faced uphill battles in our efforts to protect our planet and catalyse change.”

Vietnam’s foreign ministry did not immediately respond to a request for comment on the environmentalists’ letter.

The UNHRC will consider Vietnam’s bid for membership during its 51st session, which runs until Oct 7.

Khanh, who became Vietnam’s first recipient of the Goldman prize in 2018, is among a number of Vietnamese environmental advocates sentenced to prison on tax-related charges.

The United States has said it was “deeply concerned” by her sentencing and called on Vietnam to release her.

In June, Vietnam’s foreign ministry said Khanh was jailed for tax fraud, not for her campaigning, and rejected calls for her release, as well as that of other climate change activists.

In January, Dang Dinh Bach, an environmental lawyer who worked to protect communities affected by pollution from coal power plants, was jailed for five years on charges of tax evasion.

Vietnam’s public security ministry has also said Bach’s sentence was for tax evasion, and not campaigning.

In their letter, the environmentalists urged Vietnam to revise the tax code “so that it can no longer be used as a tool to silence civil society voices” and urged the release of Khanh, Bach and other jailed environmental defenders. 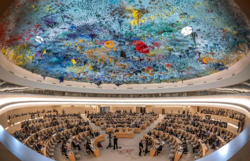