By Ji Siqi and Wendy Wu 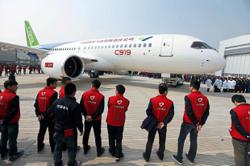 The extreme heatwave and power crunch along the Yangtze River Basin has added to China’s economic woes and inflation concerns, and further threatened the country’s status as the so-called world’s factory, even though the situation is expected to ease as rainfall kicks in next week, analysts and industry insiders said.

This year’s power crisis – centred in Sichuan province – has been mainly caused by a lack of water flowing into hydropower facilities and soaring power demands from households.

But it is unlikely to reach the same scale as the nationwide plight last year caused by the country’s aggressive decarbonisation push, analysts said.

“It is mid-August already and most parts of China will pass their peak heat very soon, although the uncertainty remains on when the inflows to Three Gorges Dam will rise again,” said Larry Hu, chief China economist at Macquarie Group.

Part of Sichuan, including the capital of Chengdu, started to see rainfall and a drop in temperature on Wednesday night, and the National Meteorological Centre on Thursday said the hot weather in the province will recede from Monday, and for most parts of southern China from the middle of next week.

“In any case, if the power rationing in Sichuan only lasts a few weeks, the impact on the industrial production at the national level should be very limited,” Hu said last week.

But the crisis has inevitably become another surprise for the already faltering economy caused by China’s stringent zero-Covid policy, a property sector slump as well as mounting external challenges, analysts said.

This is especially true as the power rationing has gone beyond Sichuan and spread to other manufacturing hubs, including Zhejiang and Jiangsu, forcing factories to suspend production.

The three provinces are among the six most affluent regions that Premier Li Keqiang pinned hopes on earlier this month to lift the country out of its economic downturn.

But occasional rainfall in the coming weeks may not fully rectify the shortfall caused by the drought, as the Yangtze River is normally at its highest water level in summer, which will recede until the rainy season starts again in the spring, according to Joerg Wuttke, president of the European Union Chamber of Commerce in China.

“This means that the economic impact will be felt for months,” Wuttke said.

“It has also added another layer of uncertainty to the business and economy which has already been dealt with heavy blows in recent years ranging from Covid controls, travel restrictions, crackdowns on real estate and tech companies, inward-looking policies, as well as geopolitical tensions and risks of global recession.”

As China’s energy crisis closes factories, how much will it affect the economy?

Regions outside the Yangtze River Basin are yet to be impacted by the power cuts, but uncertainties remain for factories.

Song Kwang-in, a South Korean who works as deputy general manager at a special steel factory in Foshan, Guangdong province, said his plant had adjusted its working hours to day and night shifts from just operating during the day to guard against any potential power rationing.

“This is my personal opinion, but if the power supply shortage problem is not resolved and continues into the future, I think the prospect of the Chinese market will be uncertain,” Song said.

Sichuan is a key manufacturing hub for chemical and electronic products, analysts said.

“Sichuan produces around 20 per cent of lithium, 5 per cent of aluminium and 13 per cent of polysilicon in China. As such, the ongoing power rationing could result in a temporary disruption in the supply chain,” Hu from Macquarie Group said.

“It could then translate into higher costs of electronic products, such as electric car batteries, but the impact should be short-lived.”

Hu added that even though the power crunch has restricted the output from some sectors, demand – rather than supply – remains as the key constraint of the economy, as the consumer confidence has been dampened significantly since Beijing launched regulatory crackdowns on the real estate and big tech sectors last year.

Economists from Nomura, led by Lu Ting, said the heatwave and power rationing could dent growth in the third quarter as they lowered China’s 2022 gross domestic product growth forecast to 2.8 from 3.3 per cent last week.

Alicia Garcia-Herrero, chief economist Asia-Pacific at Natixis, said while the current heatwave will exert short-term pressure on the agriculture, automobile, chemicals and semiconductors sectors, and that the situation may get better once temperatures start to cool and rainfall resumes, further risks remain.

“No one can control the weather. The sudden hydropower shock clearly points to climate risks and additional constraints to China’s growth model in the medium term,” she said.

In an interview with China Energy News on Wednesday, officials from the National Energy Administration said that China will strengthen its ability to organise interprovincial electricity transmission and allocation to better guarantee supply capacities.

The worst drought in decades also poses risks to the agriculture sector along the Yangtze River basin.

“The lack of water may threaten the harvest of autumn crops, including rice and corn, further fuelling food inflation,” Garcia added.

The Ministry of Water Resources said that it has been allocating water from the upper reaches of the Yangtze to alleviate the impact on drought-hit farmland.

There will be some losses, but the overall picture is that this year’s grain production is stable
Lin Guofa

Lin Guofa, a senior analyst at consultancy firm Bric Agriculture Group, said the rich rainfall in the rest of China this year can offset the reduced grain output caused by the drought.

“Generally speaking, there will be some losses, but the overall picture is that this year’s grain production is stable,” Lin said.

Lin added that inflation pressure will remain high in the second half this year.

“The pork price keeps increasing, and the prices of agricultural products are high, especially those China is highly reliant on exports, such as soybeans,” Lin said.

China’s consumer prices ‘close to a peak, will drop back’ despite 2-year high

According to the National Bureau of Statistics, the price of fresh vegetables rose by 12.9 per cent year on year in July, causing China’s overall level of consumer price inflation to rise by 0.24 percentage points.

Liu Han, an official with the Ministry of Agriculture and Rural Affairs, said last month that the supply of vegetable, fruits and eggs were sufficient, but due to rising costs and continued high temperature, the price was higher than the same period last year.

Premier Li also announced on Wednesday that 10 billion yuan (US$1.46 billion) of subsidies will be distributed to the agricultural sector this year, on top of the 30 billion yuan that has already been delivered. 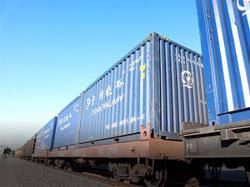