Min Aung Hlaing’s premiership and deputy military chief Soe Win’s role as deputy prime minister remained the same, according to an order by the ruling State Administration Council, which provided a list of 32 members of the new Cabinet. General Mya Tun Oo will continue to serve as the defence minister, while Admiral Tin Aung San stays on as the minister for transport and communications.

The regime forced two Cabinet ministers to retire - immigration minister Khin Yi and Union government office minister Chit Naing - as well as the chief minister of Chin State, where clashes between its troops and resistance groups had intensified. Central bank governor Than Nyein and deputy governor-1 Win Thaw were also allowed to retire from their roles.

Deputy governor-2 Than Than Swe, who was shot and injured by unidentified gunmen in April, was promoted as the governor of the Central Bank of Myanmar, while the junta named Zaw Myint Naing as the deputy governor.

The council also changed the leadership role in the anti-corruption commission.

Minister of investment and foreign economic relations Aung Naing Oo will now lead the commerce ministry as the Union Minister, while the former commerce minister Pwint San will serve as the labour minister. Union Auditor General Kan Zaw will take charge of the Ministry of Investment and Foreign Economic Relations.

The order came a day after the UN special envoy on Myanmar Noeleen Heyzer’s first visit since the military toppled Aung San Suu Kyi’s civilian government in a 2021 coup. 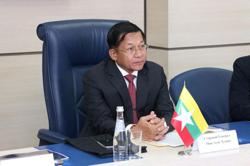 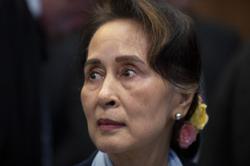